Boot Process In Linux In 6 Levels

Boot Process In Linux In 6 Levels will be checked on this tutorial. After you press the power button on your system and after a while, you will see the login prompt Linux.

Ever wonder what happens when you press the power button and until you see the Linux login prompt page? 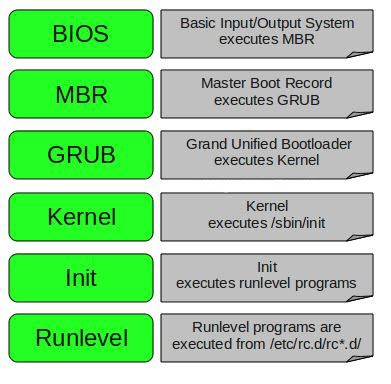 List Of The Top 6 Steps In The Linux Boot Process

In this tutorial, we explain the boot process in Linux.
Also, you can buy Linux VPS to do your configurations and tests.

I hope you enjoyed reading this article.
Please do not hesitate to share your opinions with us.