How To Install Python On A VPS Server ( Windows & Linux )

Python is a powerful, high-level, object-oriented, professional programming language that is expanding worldwide. This language, with its many amazing capabilities, has revolutionized the world of programming, from the development of web applications to the creation of computer games.

Python first entered the world of programming in 1991, and in recent years has attracted the attention of programmers and its fans are growing day by day.

This open-source language can be learned well in a short time and can be used extensively due to its extensive libraries. Python is a scripting language that can be run on most platforms, including Linux, Windows, Macintosh, mobile systems, and even PlayStation.

This language is the favorite language of web developers due to its many capabilities. Huge companies such as Google, Yahoo, NASA and are using Python extensively.

The purpose of creating the Python programming language

The designer of this language has stated the purpose of creating with the following reasons:

Check If Python Is Installed Or Not

Python is installed by default on most Linux VPS distributions. To be sure about this, you can type the following command in the terminal of your Linux VPS Server.

And if it is installed, you will have the following output.

And if it is not installed, you will have the following output.

Note: If you are logged in with the Root username, you don’t have to use sudo to execute the commands.

You can use the following commands to install Python on different distributions of Linux VPS.

Unlike other operating systems such as Mac OS and Linux, Python Programming Language is not installed on Windows by default. However, this does not mean that this programming language will not be useful for Windows users or that Windows users will not be able to use this language to program their applications.

To install Python on Windows, go to the download center of Python and choose the suitable version. Then choose the Windows installer (64-bit) which is also recommended.

On the first screen displayed, enable the Add Python 3.7 to PATH option and then click the Install Now option. 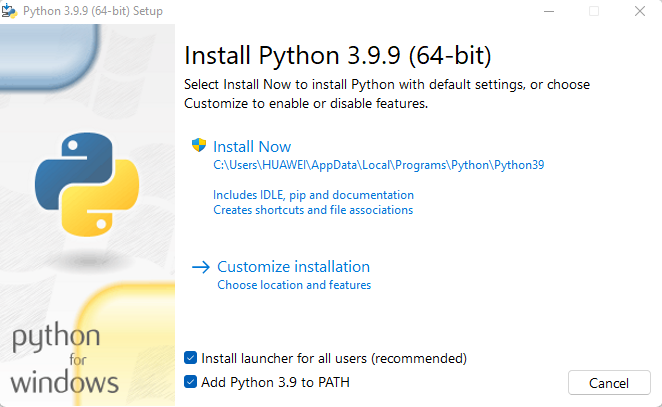 In the next step, it will be possible for you to select the Disable path length limit option. This option removes the constraint on the MAX_PATH variable. Selecting this option does not cause any problems with the operating system or other parts; Only allows Python to use longer names for “Path” variables.

All professional Python developers and programmers are advised to choose this option. Avoid selecting this option if you do not want to remove the constraint on the MAX_PATH variable. Finally, clicking Close will complete the Python installation process in Windows VPS. 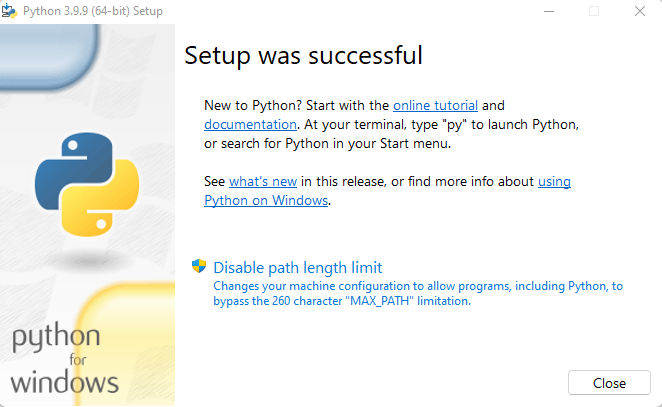 As the picture says, we have successfully installed Python on our Windows VPS and if you run the Python, you will have the following screen in command prompt. 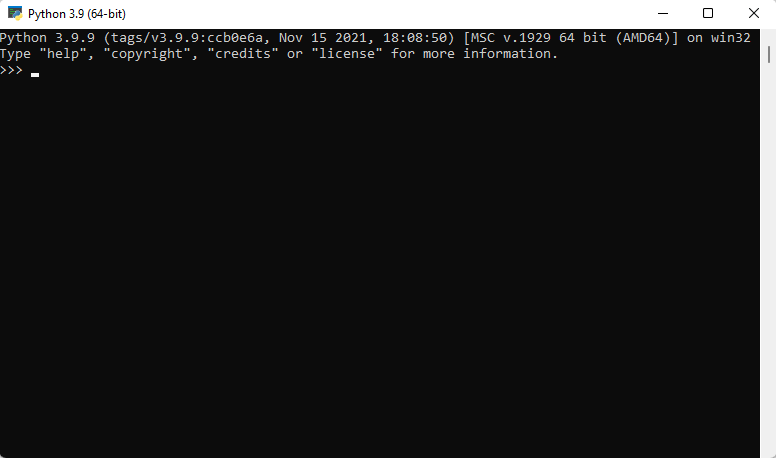 Installing Python on Windows or Linux and is even easier to use because Python commands are understandable for everyone who wants to learn Python. I hope you have enjoyed this article. If you have any issues with installing or using Python, please do not hesitate to mention it in the comments section.