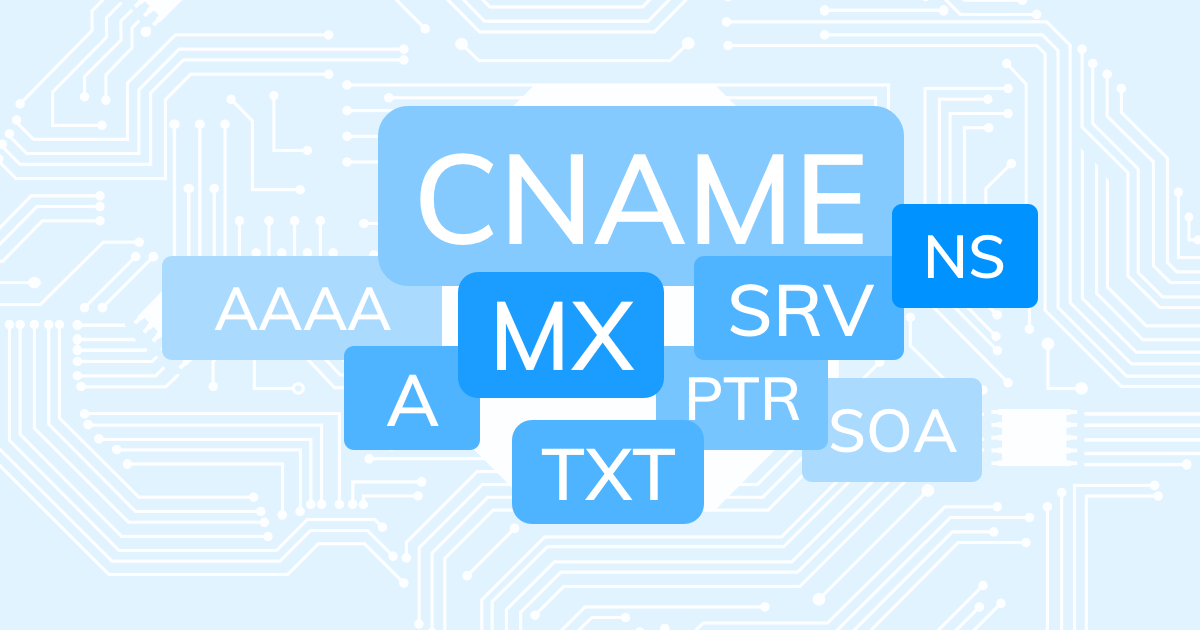 DNS records are an important part of Internet infrastructure. Site administrators often use DNS records to meet their various needs. Fortunately, these records can be easily managed. In this article, we will explain the types of DNS records and their types.

A domain name system, or DNS, is a key part of Internet infrastructure. In fact, it looks simple when viewed from above, but it gets very complicated when you look deeply.
Webmasters or website owners are often immersed in the world of DNS records to solve their daily problems. Fortunately, you don’t have to master all these complexities to be able to manage them. Learning the basics of DNS covers most of the scenarios you may encounter in the future.

Tip: The main job of DNS is to convert names to numbers (domain name to IP address), like a phonebook.

Why Should We Use DNS Records?

Computers work better with numbers, but people are not comfortable with numbers and to solve this problem, DNSs were invented.
DNS works by assigning names to the numbers, such as a phonebook.
You probably already know that any device (such as a phone, laptop) or host that is connected to the Internet is identified by numbers that are in the form of an IP address (internet protocol) such as address 123.456.98.22.

Tip: An IP address must be unique within the network.

For websites, the network is the same as the Internet. In DNS, a record is any connection that is created between an IP address and the value intended for it (such as a domain address). There are a variety of DNS records that are collected inside zones, and these zones are also stored on name servers.

What Are The Various Types Of DNS Records?

A resource record is a one-line text descriptor that defines a specific reference that is the basis of a DNS system.
A resource record consists of several columns separated by a TAB or spacing, the general format of which is as follows:

Name: A name for a record that will be created.

Class: It describes the value of the protocol family used. Often, its value is set to IN, which stands for Internet Protocol.

Type: Recognizes the type of reference record or resource record, which stands for the type of data stored in the next column, the data. For example, A stands for address and MX stands for mail exchange.

Data: Is needed for a specific type of record that contains 1 or some parts that have been separated by spacing.

Note: Especially, you can see the Resource Record in cPanel VPS or cPanel reseller account in the DNS zone section.

We will talk about the types of special reference records that you may need to work on within the rest of this post.

Resource records are stored in a zone file that is a subset of the Domain Name System (DNS).
Often this zone is for a domain. This file contains mappings between IP addresses and names that are subdivided into them. Each mapping is a reference record, which refers to different aspects of the domain. In addition to reference records, this file can also contain instructions and descriptions.

Familiarity With The Most Common DNS Records

There are more than 30 types of DNS records, and fortunately, all of them can be used potentially. Of course, only a handful of these records are used by webmasters in practice. The records you often encounter include the following:

CNAME stands for a Canonical Name. We use CNAME to redirect a domain name to another automatically.
For example, if you want the test.yourdomain.com address to be redirected to microsoft.com, you can set a CNAME record for it.
An example of a CNAME record structure is as follows:

The letter A stands for Address, this type is one of the most common types of records, and its job is to convert domain names to IP addresses.
When you add an A record, the domain name is automatically added to the name you entered.

For example, if you want to create an A record for www.yourdomain.com, you just need to enter www in the name field because yourdomain.com is the part that is supposed to exist automatically.

An example of the structure of record A is as follows:

Text Records can be used to add any kind of explanation. This record is also used to provide the necessary information for the SPF email authentication system.
The TXT record is a type of DNS record that allows you to assign a custom text to a domain.

This type of record, unlike other records such as A, CNAME, etc., does not have a direct and independent effect on DNS performance but gives other services information about the performance of its respective domain.

An example of the MX record structure is as follows:

The number 10 is used in the above example when several MX records are used, and this number determines the priority of each record, and each MX record with a lower number has a higher priority.

As mentioned earlier, an NS record specifies which server should respond to the searches requested for a domain. Usually, when you buy a domain from a company, that company sets its default name-servers on the domain, so if you decide to get a host from another company, you definitely need to set the name-servers of the hosting provider company on your domain.

An example of an NS record structure is as follows:

A PTR record (Pointer Record) is also known as a reverse DNS record, which turns the IP address into a domain name. This is exactly the opposite of what A record does. The PTR record is usually used to check the server name with the IP address whether or not the connection to the site starts is consistent. This record is often used for e-mail servers as well, as many e-mail providers refuse to accept emails that the mail servers that don’t have a valid PTR record.

In this post, we explained some of the DNS records.
I hope you have got your required information and you’ve found this article useful.

Harry H
I'm Harry, I love my job, I love to help, share information and to always learn.