CentOS is one of the most popular distributions of Linux. You might be one of the users who are searching for a substitute before the CentOS end-of-life dare. CentOS stream is the favorite platform of creative users. It is a Linux development platform positioned as a midstream between Fedora Linux and Red Hat Enterprise Linux (RHEL). CentOS Stream is a part of the open-source development model. So, it is a Red Hat Enterprise Linux future release preview. Therefore, it is the correct choice if you are interested in participating in the RHEL ecosystem. Join us with this article to learn what is CentOS Stream. To start using your favorite distribution, choose a Linux VPS hosting plan at an affordable cost.

What is the Conception of CentOS Stream?

CentOS Linux and CentOS Stream are two produced variants of the CentOS Project. In the case of refreshing your knowledge, have a quick look at what is CentOS article. But be back soon to review what CentOS Stream is, and all the details you need to know to get a new sight of it. Using CentOS Stream helps users to develop, test, and contribute to a continuously delivered distribution upstream for Red Hat® Enterprise Linux in the open-source community. In other words, CentOS Stream provides RHEL Releases contribution possibility in a broader community. As a result, RHEL will be tested by CentOS Stream users before others do. But they will not receive security updates until the issue is resolved in RHEL.

When Red Hat needed to have a midstream development environment, CentOS Stream was born as a rolling-release Linux distribution to allow anyone to contribute. In this way, RHEL is able to release new versions depending on its commitment and even faster. Red Hat Enterprise Linux 9 is the first major release built within CentOS Stream. CentOS Stream includes content for upcoming RHEL minor releases. The updates are released as they are ready, without batching up into minor releases. 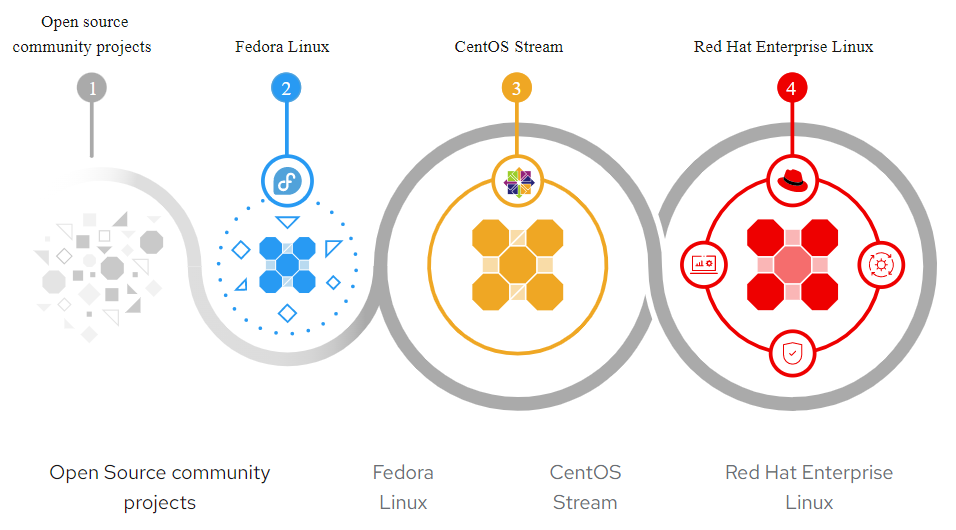 After all help of CentOS Linux to RHEL to make dynamic communities, CentOS Stream is a great step to make Linux innovation faster. Undoubtedly, there is complete and helpful information and accesses on the CentOS Stream website to show a wide view of this project.

Let’s see if the features are satisfying for users to migrate or not.

Here are some downsides of CentOS Stream that you should know.

Migration to CentOS Stream, Yes or No?

If you have decided to replace the CentOS system with CentOS Stream, the good news is that the process of updating is simple. You certainly know about the importance of providing a backup of your system. So, do not forget to make a backup before any update or shift. A created program by the CentOS team enables you to remove repositories automatically and then add the CentOS Stream ones.

Depending on this guide, you are the one who decides about this replacement and migration. If you are interested to know if your servers are future-proof. Or, as a CentOS Linux user, you will find out if the build is stable enough for your needs or not since the RHEL is developing daily updates for CentOS Stream to enhance its stability of it.

where does screenshots go on centos stream?

Your captured screen shots will be saved to:

When will centos 9 and centos stream 9 release

There will not be a CentOS Linux 9. But CentOS Stream 9 did launch in Q2 2021 as part of the RHEL 9 development process.

Do you have any updated news about the launch of the RHEL consumption program?

In this case, please get in touch with centos-questions@redhat.com

In this article, you learned what is CentOS Stream and reviewed its cons and pros. The way CentOS Stream solves the problems is now clear to you. It is hard to not encourage you as a user or developer to engage in CentOS Stream, since it might be the future of enterprise Linux. On the other hand, Red Hat is going to move all the internal projects to CentOS Stream. So, say hello to the broader community to share best practices and strategies with them. CentOS will be no longer supported for CentOS 8 and will support for CentOS 7 till June 30, 2024. So, you are recommended to update to CentOS Stream. But if you prefer to migrate to other distributions, you can start by reading the article on what is Debian to decide better. Share your probable experience of replacing CentOS Linux with CentOS Stream to let other users ensure this.