How to install Node.js on Linux VPS

Install Node.js and NPM on Linux VPS servers is one of the exceptional cases that we will give in full in the following, in simple terms: NPM’s main task will be to use JavaScript packages if you are a programmer and you want to Share your packages, as well as Node.JS main task, is which provides applications for running applications written in JavaScript or write large, scalable network applications.

Which operating system is more suitable?

For sure: Centos; You may ask about Why CentOS 7? This is why: CentOS is easier to use and more secure; CentOS 7 is also one of the new and supported versions, which is more popular than other versions.

As you may know, CentOS 8 is released, but there are some problems with the installation process. At the moment, CentOS 7 is the most reliable and most compatible operating system to install Node.JS and Npm on Linux VPS.

Can Linux OS be a good choice for Node.js and NPM?

Somehow; If you want to have less trouble with NodeJS and its packages, use Linux…

It depends on your choice and your needs, we can compare the differences with the experience of developers: using node.js and NPM in Windows VPS versus Installing node.js using terminal

And using on Linux VPS will definitely have more problems.

About Node.JS and NPM…

First; NPM is, in simple terms, a large, OpenSource library that is a kind of Package Manager; NPM stands for Node Package Manager and is commonly used as Node.JS package management software; Node.JS’s main place is in the backend, in order to manage node.js packages well, a package manager called npm is provided.

If you want to be able to access Node.JS and npm, you will need the following prerequisites:

By installing Putty and accessing it, you will be able to log in to the server to install the desired services on your desired server; To learn how to log in to a Linux server, you can also read the article in OperaVPS entitled: Connecting to a Linux VPS!

Note: The following prerequisites are only recommended for CentOS distribution on a Linux server.

After entering the command, you will see the content as shown below; Wait about twenty seconds: 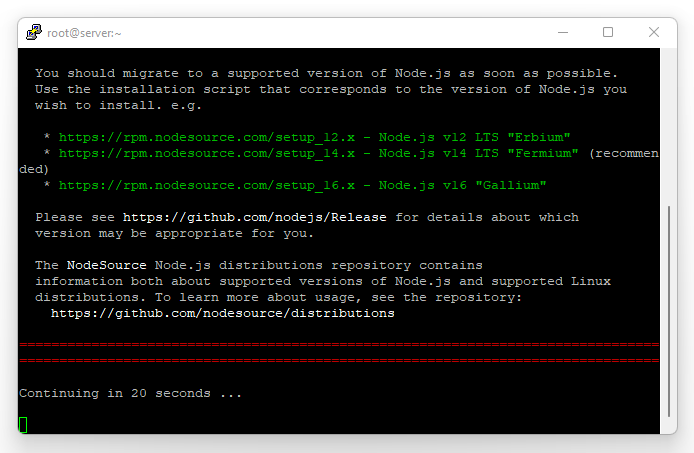 Finally, the output of the command will be similar to the following image: 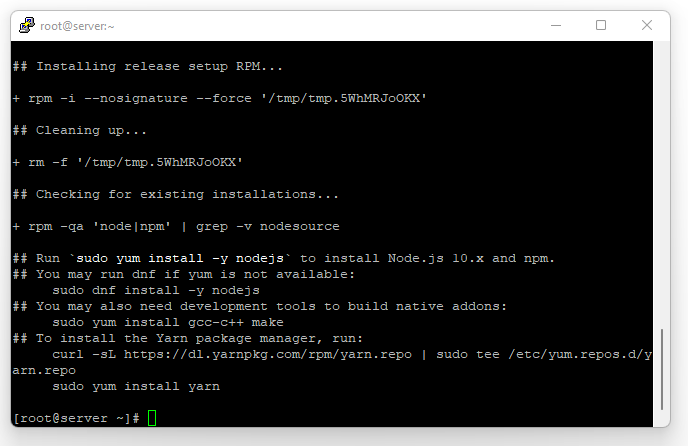 Install node.js and npm on CentOS 8

You will be able to install the Node.js and NPM services using the following command: 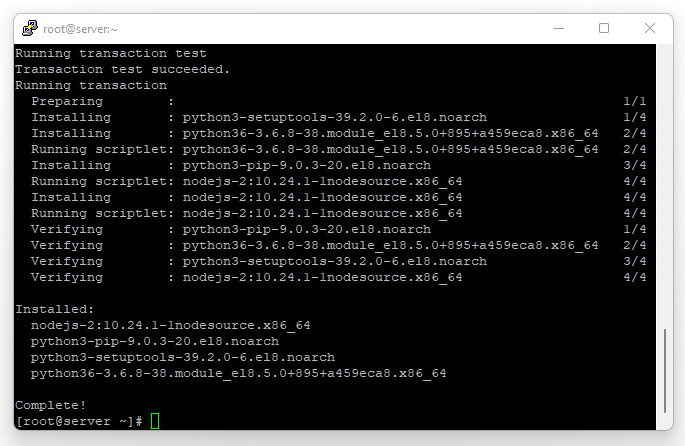 How to check Nodejs Version On CentOS 8?

You can check the installed version of Node.JS using the following command: 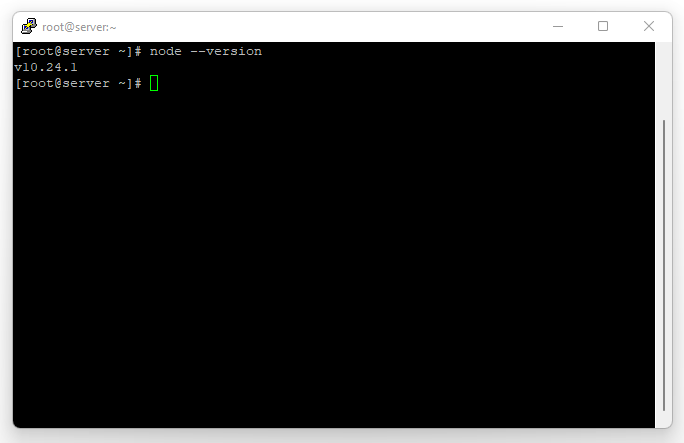 The output of the command will be the same as the inserted image;

You can also check the installed version of NPM using the following command: 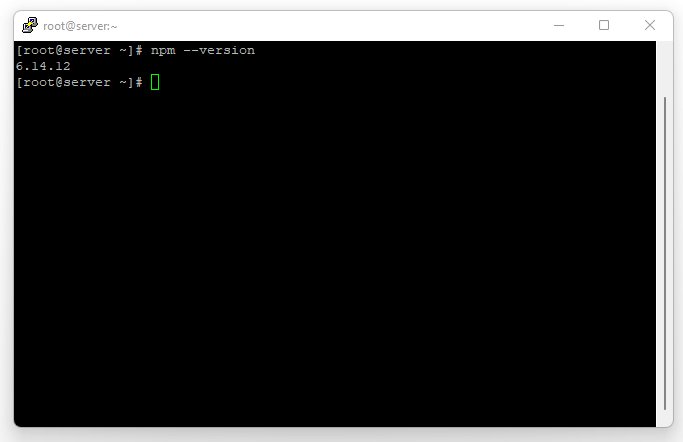 The output of the command will be the same as the inserted image. 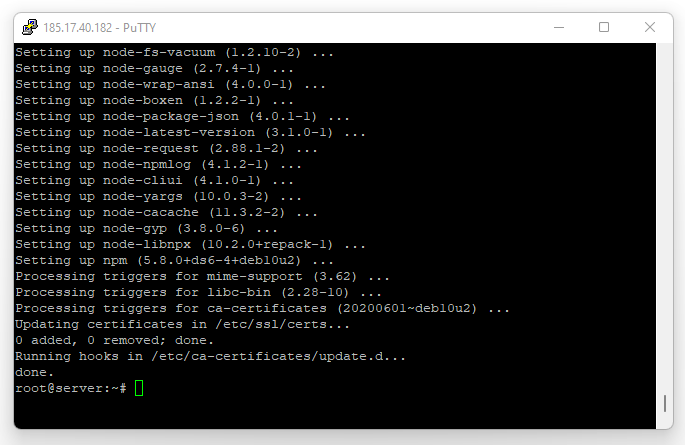 Note: Note that, you can download and install new versions of Node.js and NPM using the given commands!

How To Check Nodejs Version On Ubuntu 20, Debian 10?

You can check the installed version of Node.JS using the following command: 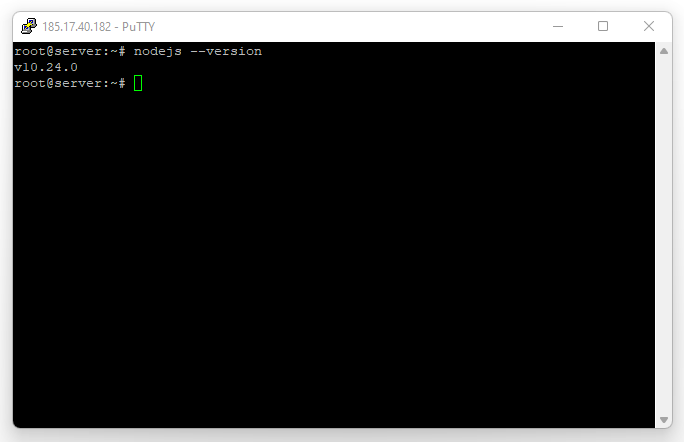 The output of the command will be the same as the inserted image;

You can check the installed version of NPM using the following command: 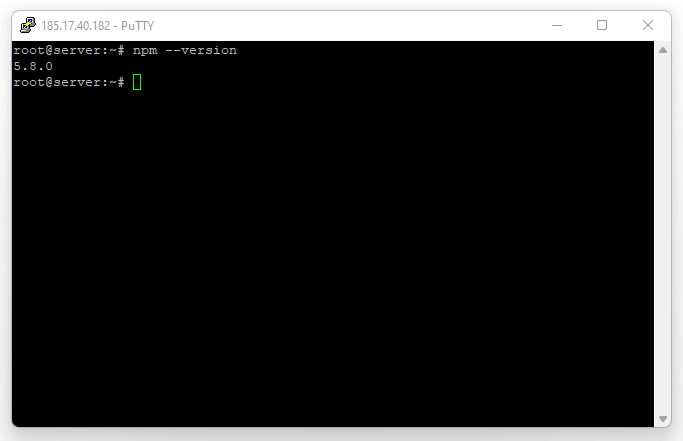 The output of the command will be the same as the inserted image.

Keep in mind you can also use other ways to install NPM and Node.JS:

Log in to your virtual server via SSH as a root user and make sure it is updated/upgraded Using the below command:

With the following command, you can easily install Node.js through Ubuntu default repositories

If you need a new version of Node.js, you can install it from the available repositories in the official Ubuntu PPA; Here we want to download Node.js using curl directly, If the curl is not installed, then install it first:

Note: This will add PPA and package upgrades.

You can also install Node.js with the help of NVM (Node.js version manager). With this tool, you can install multiple versions of Node.js on Ubuntu.

Now you can run the following command and check all available Node.js versions:

How to Uninstall Node.js and npm completely

What packages can be found in NPM?

According to the definitions of survivejs and npmjs; we can say: A minimal npm package should contain metadata in a package.json file and an associated source file (usually index.js). In practice, packages contain more than that and you will have at least a license file and the source in various formats.