As a modern, free, and popular Linux OS, Ubuntu is available in two flavors; Ubuntu Stable and Ubuntu Long-Term Support (LTS). While browsing the Ubuntu website, you might wonder what’s the main difference between Ubuntu Desktop and Ubuntu Server and which one you must choose. Join us with this article to review Ubuntu Desktop vs Ubuntu Server. Firstly, we will start by explaining some details which clarify essential definitions.

You will find this guide useful if you are planning to purchase an Ubuntu VPS.

Let’s go through this tutorial and see the main differences between Ubuntu Desktop and Ubuntu Server. So, you need to know what are these two to find out their differences.

To run your organization, school, home, or enterprise Ubuntu desktop is all you need. The Ubuntu desktop is an open-source GUI environment, secure, and free to download, it is also easy to install and use. The Ubuntu Desktop comes with a lot of preinstalled utilities. Additionally, the Software Center allows users to download a wide variety of other programs that are available in the online repositories.

The “terminal” command line in this Linux distribution is used even though it has a Graphical User Interface (GUI). Most commands that previously had to be executed through the terminal can now be done so via GUI. Other well-known desktop interfaces like Windows and Mac also include these capabilities. However, using the terminal rather than a GUI still makes some tasks far more accessible.

Comparatively speaking to other distributions, Ubuntu Desktop offers a lot more customization choices. For their installation, you can use third-party software or the terminal. The “dash” toolbar and panel are located on the left side of Ubuntu Desktop (dashboard). The home button is located on the dashboard, which is then filled with icons for your favorite programs. 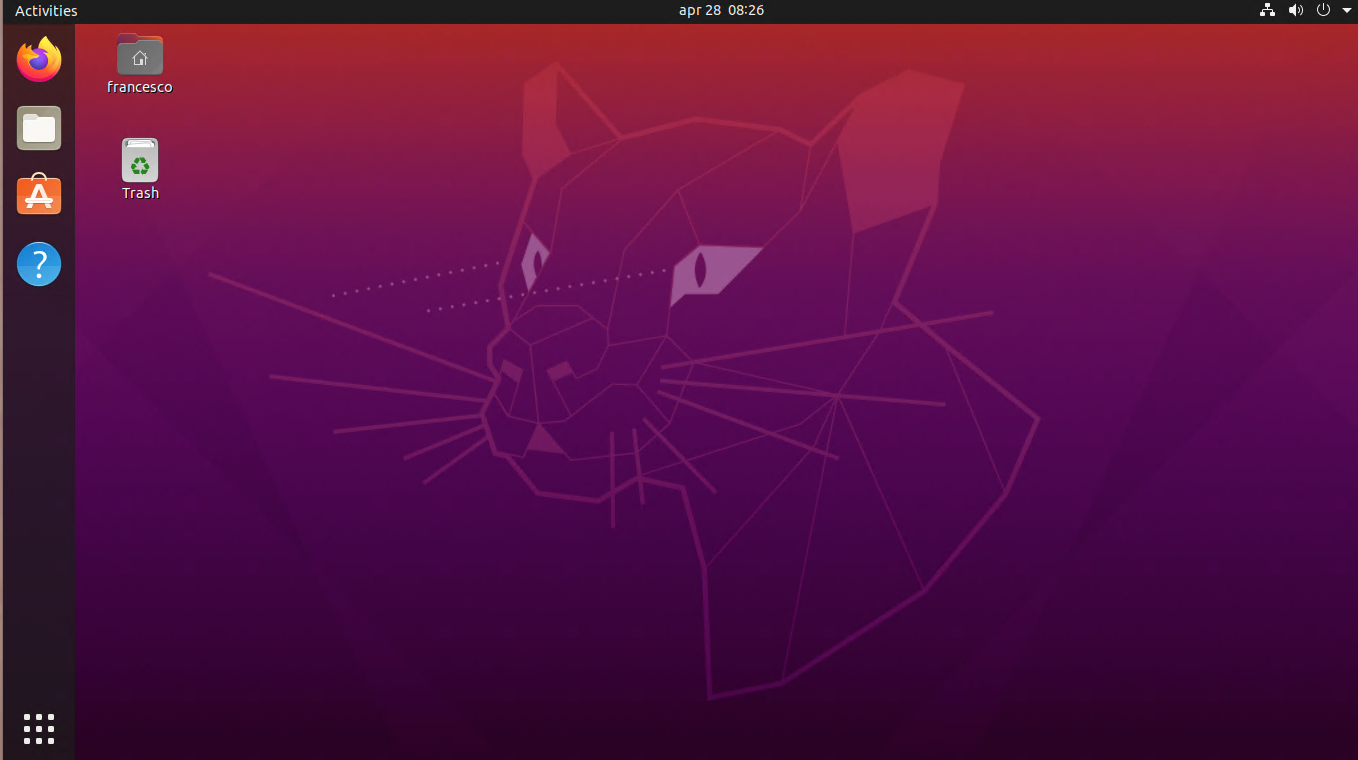 Ubuntu Server is accessible for free both to download and use. Instead of using a GUI, it operates through a command-line interface (CLI). When you turn on your Server for the first time after installing Ubuntu Server, a blinking cursor will appear. A server operating system often does not include a graphical user interface. You will only be able to utilize the operating system if it is based on Linux by typing commands into a terminal. Since the server OS does not employ a graphical desktop interface, it has the advantage of requiring less RAM and processing power. In addition, the server operating system’s packages have distinct configurations.

The Ubuntu Server merely has the bare minimum requirements for use. A GUI can be installed for Ubuntu Server users if they require one. The same app repositories are used by Ubuntu Server and Ubuntu Desktop. None of the desktop utilities mentioned above are preinstalled in the Ubuntu Server because the server operating system is meant to be utilized independently.

You can choose to install a software package specific to your server type while installing Ubuntu Server. You can use the command line to install apps after configuring your Ubuntu Server. The software packages that are offered are LAMP server, Tomcat Java server, OpenSSH server, Mail server, Samba File server, DNS server, Print server, and Virtual Machine host, among others.

Ubuntu Server is capable of handling the majority of your hosting needs, but if you intend to run a server for a considerable amount of time, you should research different server distributions and see which works best for you.

The desktop environment is the primary distinction between Ubuntu Desktop and Server. Ubuntu Server lacks a graphical user interface (GUI), although Ubuntu Desktop provides one.

These servers don’t need display configuration, a mouse, or a keyboard because the majority of servers are headless, which eliminates these input devices. For the same reason, servers are usually managed remotely using SSH. While many Linux operating systems do not, some do have a Graphical User Interface. Ubuntu Desktop installs a desktop environment, presuming your computer supports video outputs.

Several general-purpose programs are already installed on Ubuntu Desktop, including the web browser Firefox and the office productivity suite LibreOffice.

On the other hand, depending on the needs of the server, Ubuntu Server offers a variety of packages. Thus, Ubuntu Server may function as a file server, samba server, web server, and email server. Bind9 and Apache2 are two further particular packages. Ubuntu Desktop apps are centered on the host machine, whereas Ubuntu Server packages put a greater emphasis on delivering client connectivity while upholding security.

SSH is already set up on the Ubuntu server so that distant systems can connect to it with ease. On the Ubuntu desktop, SSH must be explicitly enabled.

To free up resources for server-related operations, Ubuntu Server does not require running a desktop environment. Because of this, it performs more efficiently than the Ubuntu Desktop. The Server will always run better than the Desktop if you install Ubuntu Desktop and Ubuntu Server on two identical machines with the default configuration.

When Ubuntu Server and Ubuntu Desktop are installed with the default settings on two identical machines, the server will always run better than the desktop. But things alter when software is involved.

You require at least 4 GB of RAM to run the Ubuntu desktop because it has a graphical user interface. There should be 20 GB or more of disk space.

For the Ubuntu server, this is when things start to get interesting. It lacks a graphical user interface. Little system resources are used by the command line interface. As a result, the Ubuntu server may be readily run on a computer with 512 MB of RAM and 5 GB of disk space.

The web service you operate has an impact on the server’s RAM and disk space. You should have that much RAM if a web application needs at least 2 GB of RAM. But in the most straightforward case, even 512 MB or 1 GB of RAM might be plenty.

Ubuntu Desktop and Ubuntu Server differ mostly in terms of usage. Choose an Ubuntu server if it is specifically for deploying web services. Keep in mind that using the terminal requires some familiarity with the Linux command line. Choose an Ubuntu desktop if you wish to use Ubuntu as a standard PC like Windows. Stay with the Ubuntu desktop if you want to utilize it to learn Linux commands, Docker, or even a simple (but local) LAMP server installation.

If you need to know if there is any difference between support for Ubuntu Server and Desktop Editions, the answer is NO.

You might ask whether Ubuntu Desktop and Ubuntu Server use the same Kernel or not. Yes. Both the Desktop and Server versions of Ubuntu have been using the same kernel since the 12.04 version was released.

This claim asserts that even though the default installations vary, you may still personalize your Ubuntu flavor to suit your tastes. The fundamental Ubuntu kernel is the same in both Ubuntu Desktop and Ubuntu Server, therefore variations in default installation do not prevent installing additional software packages.

When should you use Ubuntu Desktop and when to choose Ubuntu Server?

So far, you reviewed the main differences between Ubuntu Desktop and Ubuntu Server. Some of the most important options were compared in detail to help you decide which one is your priority to understand what meets your needs. At the end of this article, we will explain why and when to choose one of these two compared ones. Are you ready?

When to choose Ubuntu Desktop

If you frequently use your computer, install Ubuntu Desktop. Applications for multimedia are available in a variety of formats. Additionally, its installation process and GUI are simple. By configuring the server software, you can also use any Ubuntu desktop as an Ubuntu server.

When to choose Ubuntu Server

If you wish to run your Server headlessly, pick Ubuntu Server over the desktop version. Due to the fact that these two versions of Ubuntu use the same kernel, you always have the option to install a GUI afterward. Additionally, Ubuntu Server works well for particular kinds of servers that include packages. For instance, you can create a web server or email server using Ubuntu Server.

Select the strategy for your project that involves the least amount of work. Use the packages that your Ubuntu Server already has if they are present to configure your Ubuntu Desktop environment. Or, in a different scenario, do you need a GUI in addition to server software that isn’t offered by the default Server installation? Well, install Ubuntu Desktop and install the software you need.

What is the difference between Ubuntu Core and Ubuntu Server?

A simplified version of Linux called Ubuntu Core is designed for embedded device projects, such as an IoT device or a smart home project. Despite the fact that Ubuntu Core can work as a server, it isn't a server in the same sense that a machine running Ubuntu Server is. On a server or desktop computer, Ubuntu Server and Ubuntu Desktop are preferable choices, thus you should avoid using Ubuntu Core.

Ubuntu desktop or Ubuntu Server? Which one is better for media server?

Ubuntu Server might be unnecessary if you're operating a media server. Ubuntu Desktop should be installed on a desktop designed for general use.

Which one is better to use when we are not so comfortable without the GUI?

Use Ubuntu Desktop if you're configuring a server and feel uneasy without the GUI. Making a server may seem difficult, but getting started with a desktop environment might make this effort less difficult.