How To Run Minecraft Server

Minecraft is a very simple 3D game based on pixels. In a short time, this game has created a lot of popularity among Internet users and video game enthusiasts. This is a group game that allows users to play together on a server. Among the features of this game, we can mention the construction of 3D buildings. The whole game is adventurous and time-consuming.

Minecraft is a “SandBox” style video game. Sandbox is a style of game in which the gamer has complete freedom of action and chooses “when“, “where” and “how” to continue the game. This game was designed and built by Swedish game developer Markus Persson, nicknamed Notch. The game was then fully upgraded and marketed by Mojang.

The creative and constructive aspect of Minecraft allows the gamer to create the structures of his choice with 3D cubes and with a wide variety of designs. But the beauty and charm of the game do not end with this trivial option. The game offers “mods” to the user.

In this article, we want to check how to install the Minecraft game server on a Linux VPS the Ubuntu 16 operating system.

Prerequisites Of Creating A Minecraft Server

Well, first of all, if you have not yet provided a virtual server, you should order a Linux VPS. The package suitable for this game is a standard virtual server package like a plan with at least 2GB of RAM. Now suppose you have already installed the Ubuntu operating system, let’s go to the installation of the Minecraft server. (Learn how to connect to the server via SSH)

1- First of all, as always, we update the system. (It is suggested that you always do this before installing a program)

2- Install OpenJDK. This is an open-source program to implement java and GNU and create this environment on Ubuntu. Install it with the following command.

4- Change the type of user from the current to the new user we created.

5- It is time to install Minecraft. Install the latest version via the following command.

Note: You can find the latest versions on the Minecraft page itself.

6- Creating a script that runs Minecraft.

7- Enter the following code in this file and then save.

Note that the Xms and Xmx values ​​are the minima and maximum amounts of RAM allocated to the Minecraft server. In this article, the minimum is 2048 MB and the maximum is 4096 MB. This value can vary depending on the volume of server usage.

8- Then define that the newly created script is executable with the following command.

10- Open the eula.txt file and change the EULA value to true.

11- To ensure that the Minecraft server uses a separate SSH, run the following command. 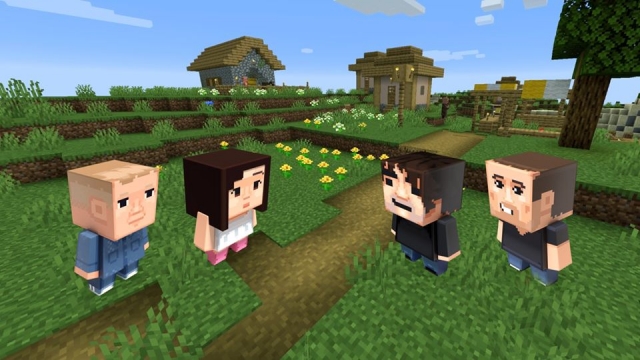 12- Open the Minecraft client program and click on Multiplayer.

13- Enter the server address, which is the IP of the server, and connect to the server.

Congratulations, you have launched a dedicated and personal Minecraft server. Now you can share the IP address with your friends, all together on one server, and enjoy the game.

To run a Minecraft server you just need a Linux VPS and the way to configure it that we explained in this tutorial.

We hope you’ve enjoyed this post and found it useful.
Please do not hesitate to share your opinions with us.