what is Rocky Linux?

There is a lot of news these days about the release of a new distribution of Linux on the Internet between developers and fans of Linux operating systems; Due to RedHat’s Unpleasant announcement about Centux8 Linux that CentOS will continue to live until the end of 2021 and after 2021 its life ends. Also, the focus of RedHat on CentOS Stream was bitter news for many users.

In this article, we want to introduce you to the controversial rocky Linux to solve everything that is vague in your mind about this operating system.

With the end of life CentOS 8, RedHat has decided that it will no longer support the CentOS popular in the industrial, scientific, and laboratory communities; it Is not equivalent to RHEL (introduced as Supported Linux Enterprise) but would be a future version of RHEL; Although RedHat introduced the CentOS Stream distribution as an alternative to CentOS8, it is not an RHEL binary compatible distribution. This subject caused a debate among Linux distribution developers and teams of open-source to resolve the issue and raised concerns for users and CentOS-based businesses and businesses developing through Enterprise packages Because CentOS stability was at stake. Based on these changes, it can be concluded that CentOS will soon be removed from the game. For this reason, many users intend to migrate to CentOS Stream or choose other distributions.

CentOS Stream was released in 2021 and was created as a testing ground for innovation and creativity to be used as a commercial distribution in the future. Still, its numerous updates caused concerns about security level and failed to satisfy CentOs users completely.

In these conditions, CentOS co-founder Gregory Kurtzer announced his intention to release an alternative to CentOS that is based on RHEL and is supported and developed by a community and Introduced it as Rocky Linux. As a result, Rocky Linux was released a few months after Alma Linux in 2021, and the first version was released on June 21, 2021, as of version 8.4; Rocky Linux is working to achieve its goals In the direction of its progress by offering new versions.

Gregory Kurtze is trying to develop rocky Linux similar to RHEL. Its goal is to attract current CentOS users and take a firm step and get a good start by supporting this distribution with the help of strong sponsors and experts.

What is Rocky Linux?

Advantages and Disadvantages of Rocky Linux

When buying a Linux VPS, users are confused about choosing the best Linux distribution; In order not to experience these vague conditions, it is better to check your needs and goals and then evaluate each distribution based on the characteristics and advantages of the desired distribution.

Rocky Linux compatibility with Red Hat Enterprise binary makes it more efficient and reassures many users about the performance of this distribution; Rocky Linux has also fixed issues with Container images and cloud-based offerings.

Rocky Linux open source is one of the prominent features of this distribution, which if it leads to the formation of a large and united support community for it; Uninterrupted and without any obstacles, it can provide various updates to meet the needs of users and provide a complete level of security to give users hope for a bright future of Rocky Linux as a desirable alternative to previous distributions.

Rocky Linux was created to replace CentOS, so it should offer the main advantage of CentOS, which was its stability, as its important feature, and act in this field without weaknesses and defects to gain users’ trust. As a result, despite systems with new updates and unstable, Rocky Linux focuses on the stability of its system.

Before the release of rocky Linux, Gregory Kurtzer knew the needs of CentOs users and the efficient features of CentOS that was important for its users, so he decided to form a large and powerful support community so that users could choose this distribution for their activities without any worry.

Explaining the disadvantages of Rocky Linux will make you more familiar with this Linux distribution.

Undoubtedly, Rocky Linux pays a lot of attention to its stability, but releasing the latest version of its programs is time-consuming, so the update cycle is slow compared to the centOS stream. This can be a boon for users who care about stability, but it is a downside for developers; they may prefer a distribution with frequent updates.

Rocky Linux is planning and going through the early stages of its life. Although it has strong supporters from large corporations, there are concerns about its downfall in the future; Rocky Linux needs the Enough budget and committed supporters to develop and deliver regular updates. 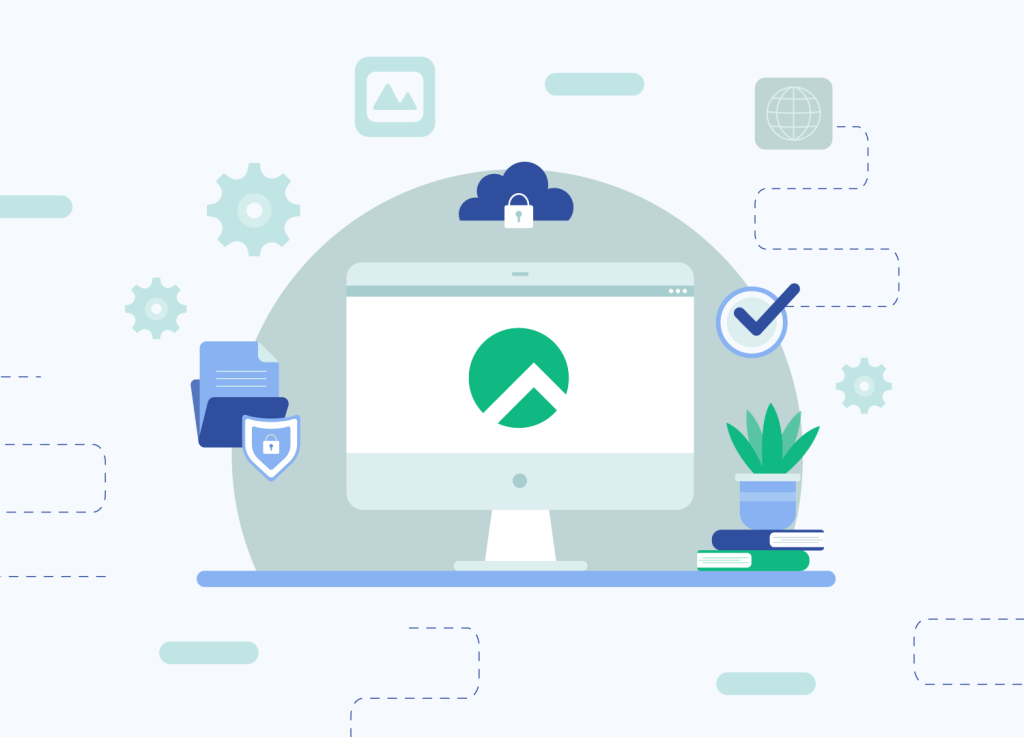 What is the use of rocky Linux?

Rocky Linux is aimed at private businesses and users looking for a suitable alternative to CentOS, who want similar features that complement CentOS capabilities; In fact, they look for a user-friendly;  reliable, stable, and free distribution, that can perform well according to the basic needs of large organizations and for performing cloud computing operations, Rocky Linux resemblance to RHEL get the attention of companies and businesses due to having a free and binary compatible replacement.

Since Rocky Linux introduces itself as a replacement for CentOS8, it has similar performance and capabilities in every way and is even trying to expand these capabilities. Rocky Linux has good performance in various fields. The most important use of that is as a web server, which is compatible with most control panels and uses Redhat Enterprise Server resources (past and present); Also recommended for medium-sized businesses; It is also used as an email server, Rooter, VPN setup and It has an excellent performance in these areas.

Rocky Linux as a development system can meet the needs of developers; In this distribution, development packages are easily available, and a third party can participate without any problems.

This distribution is also recommended for beginner users due to the free download of its various versions and ease of installation of Rocky Linux OS; also If stability is an essential factor for you and you are not interested in frequent updates, this distribution may be suitable for you.

Rocky Linux may not be your preferred distribution and may not meet your needs, so you can replace it with other distributions.

it is a free and open-source version of Linux that is supported by a large community. This operating system is very popular among Linux users and is very stable and secure.

Following the announcement of CentOS, other than rocky Linux, Alma Linux was introduced as its replacement, which became available for free and is compatible with Red Hat Enterprise. It continues to compete with Rocky Linux for the centOS replacement.

Nuremberg SUSE Software Solutions Germany GmbH has been developing this distribution since 2015, providing free and open-source distribution to users.

Paying attention to the following points to migrate to rocky Linux is better for you.

Both distributions were released after 8centOS was discontinued to replace it and fill the CentOS8 vacuum and were developed similarly to RHEL; Both distributions have relatively similar features and have been released as a full version of RHEL, And the only differences between them are the release lag, responsiveness to bug reports, communication, and transparency of the project leads.

The reason for the presence and existence of Rocky Linux is to fill the empty space of CentOS8 and provide a suitable replacement for it. Rocky Linux differs from centOS in providing update errata so that you can use update info metadata to manage security-based packages so that you can install security-only updates or query for patched vulnerabilities, But this advantage was not possible in CentOS; Before CentOS7, package announcements were available to users via a mailing list.

Both are open source and free Linux distributions supported by the community, with the difference in the design of Rocky Linux, HPC Managers, Linux Software Engineers, and C-Suite Executive are considered, While Arch Linux is user-centric. For developers looking for the latest stable versions for most software, they are designed. In addition to being an Operating system, Rocky Linux is also used as an Application Server, while Arch Linux is just an Operating System.

How is Rocky Linux supported?

Rocky Linux is supported by a growing and developing community, and large, financially strong companies make up this community; CIQ provides the main support for Rocky Linux, and the founder of Rocky Linux, Mr. Kurtzer, has established a company to support this distribution. RESF has announced that support for rocky Linux is available to those interested.

Who Should Use Rocky Linux?

For any user who is looking for the key features of centOS8, such as stability, reliability, and compatibility, and intends to replace CentOS8 with a suitable operating system, it is better to switch their operating system to Rocky Linux. This operating system is an excellent option for users and businesses that have used CentOS8 for a long time.

Rocky Linux is a new open-source Linux distribution provided with the intent of replacing CentOS8.It is a social enterprise operating system supported by a growing community. It is known as the RHEL remanufactured project and is based on the RHEL source code; That’s why it functions as well as a server. Rocky Linux will also be compatible with the RHEL lifecycle; Therefore, it will continue to operate at least until 2029, and The future of Rocky Linux is amazingly bright.