How to Install Git on Linux

Installing Git on Linux brings you speed and performance. It is built to work on the Linux kernel, so it will handle large repositories. If you wish to reduce the overhead of runtime associated with higher-level languages than C, this is what you need. In this article, you will learn how to install Git on Linux. This guide is also helpful for users who have no idea what is Git. The definition of Git, the required steps to installing it on Linux, and finally creating a new project and committing changes to the Git repository will be explained completely.

Firstly, as you need a Linux VPS to experience Git on it, find the cheapest plans with 24/7 support and purchase with one click.

Git is a free and open-source distributed version control system. Both small and very large projects are handled by Git with speed and efficiency. Git is really fast to perform all operations locally. Centralized systems that have to communicate with a server somewhere constantly, will appreciate the huge speed of Git. Enabling multiple developers to work together on non-linear development, Git tracks changes in source code.

To find the best way to manage various code versions, let’s go through this article and see how to merge them with the main code after testing.

What is VCS and how it works?

There are various types of version control systems such as: 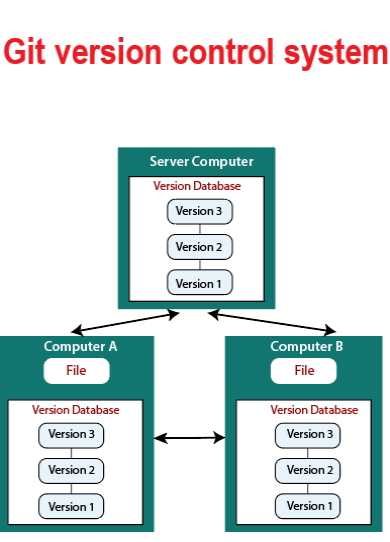 Using Git enables you to not submit your codes to the central server without having copies of your own. Once you install Git, all changes made to the source code will be known, and you can communicate with other developers. Here is more:

Head over to the Git Community to find any reported issues quoted from users and see what also are downsides of Git are.

Prerequisites to install Git on Linux

Before tracing the installation steps on this guide, make sure you are logged in as root or a user with sudo privileges.

Git should have been installed on your operating system with all the major Linux distributions. But depending on the system you are using, it may not be installed. Git packages are available via apt. So, run the command below on your system.

To verify that if the installation was successful, type:

How to build Git from source on Linux?

To build on Linux, Git requires several dependencies. To make them available. Run:

Now, use the command below to clone the Git source.

Then, type the following command to build Git and install it under /usr, run make :

How to Configuration Git on Linux?

After a successful installation, you are ready to access and use all Git’s commands working with local and remote repositories. First-time use needs a configuration. Running the below command allows you to configure your Git username and email address, and the default text editor.

Note: Replace OperaVPS with your own.

Then, use the following command to view the git configuration.

How to Set up/Use Git repositories on Linux?

Files and directories are collected in the repository with their respective changes tracked by the version control system. Commits manage or tracking changes in a repository. Using commits allows you to apply the changes or revert to a specific change within the repository.

In the case of having a project directory, you can initialize it using the command below to use as a git repo and track changes. Then, Git will initialize the directory as a repository and creates a .git directory used to store all the configuration files.

Now, type the following command to start tracking changes. For example, to add the file, reboot.c:

Now you can add the files in that directory and start tracking changes if you run the command below:

To add the message (file) indicating the changes to the files, just use something like the following command:

It is possible to work with remote repositories. Cloning is to copy all the files in a remote repo to the local repo. So, type:

Run the command below to view the status of the files in the repository.

Obviously, after running the command above, you will see whether the files in the repository are changed or not.

Create and Delete a remote repository

Use the following command to create a new remote repository.

Also, whenever you wish to delete a remote repository from the command line, type:

That’s It! Just start working with local and remote repositories.

Git and GitHub are not the same because Git is a control system to manage source code history. But GitHub is a hosting service for Git repositories and provides access control and several collaboration features.

do i need to install git to use github?

No, you do not have to. But you need to consider that if you need to use Visual Studio, GitHub is required too. Also, you have to install and configure Git on your computer to use the Git command. Therefore, you can install GitHub CLI to use GitHub from the command line.

how to check git version?

To check your current and latest version of Git, run:

In this article, you learned how to install Git on Linux. Now you are familiar with Git and the way it works as a version control system. While reviewing Git features you may get interested to install and use it. If yes, consider that you will have an entire copy of the code on your local systems and observe all changes made to the source code. And you should say hello to regular communication between other developers. Share your new experience with other developers and ask your questions right below here.