10 Differences Between Hardware And Software Firewall

What Is A Firewall Exactly?

A firewall is a software or hardware that, like a security fence, surrounds a network or computer system and protects them from certain cyber threats. A software or hardware firewall can be considered the first security barrier to network input. Therefore, any data must first pass through the firewall before it can reach your network from the Internet or other networks. But how does a firewall detect what should and should not cross the network boundary?

For this purpose, the firewall checks the data packets, including the source and destination addresses of the packets, complies with the set of rules defined for the network, and then determines whether the packet is allowed to pass. By setting up a firewall, malicious sites can be blocked to prevent unauthorized access or the entry of viruses and other malware into the network. Firewalls are either software or hardware.

What Is A Software Firewall?

A firewall is a software that is installed on a computer or server. One of the most popular software firewalls is the proprietary firewall for the Windows VPS operating system, which is accessible from the Windows Security Settings screen or Pfsense for Linux VPS. In addition, security software companies (Kaspersky, Panda, etc.) also produce their own firewalls, which usually come in different versions. Some of them are designed for personal computers and others are designed for installation on network servers and enterprise environments.

So that with just one installation on the server, other network computers will be under its security umbrella because otherwise, it should be worth every computer connected to the network. , Buy and install a separate firewall, which obviously costs a lot and will take a lot of time to install and run on tens or hundreds of computers. In addition to monitoring incoming network traffic, some software firewalls can also monitor outgoing network traffic. In addition, software firewalls usually have more security options and settings and are more flexible.

Advantages Of A Software Firewall

What Is Hardware Firewall?

Another advantage of a hardware firewall rather than a software firewall is that it hides the computer or local area network from the outside world. So the external monitor sees only a hardware device instead of the network that has an unfamiliar operating system (because it was said that the operating system of the hardware firewalls is proprietary). This method of secrecy is called network address translation (NAT). Of course, this measure does not work against the entry of e-mail viruses.

A firewall set up to monitor incoming traffic is called an inbound firewall, and a firewall set up to monitor outbound traffic is called an outbound firewall. Some firewalls are capable of monitoring both types of traffic. By default, firewalls only monitor and filter only incoming network traffic, as it is often assumed that the network is being threatened from the outside and is facing cyber threats from the outside in. 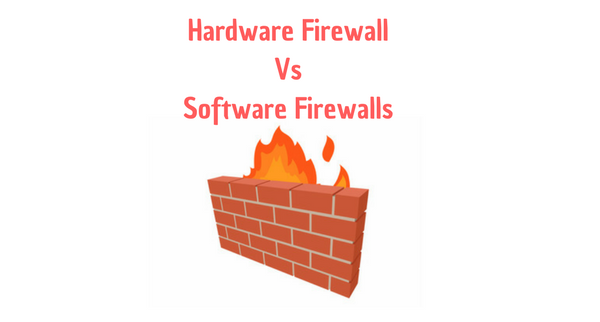 After installing the firewall, different configurations can usually be done. The firewall can be configured to monitor and refine network traffic according to various criteria, including:

The firewall is configured in different ways. It is possible to decide which method is more effective by consulting an IT expert. For example, one way is to temporarily block access to everything and then set the permissions one by one.

The Firewall Is Not Enough

Firewalls, despite their capabilities, are not always effective against any threat. Sometimes some security software and human considerations are needed to further improve the security of the collection. Firewalls do not always protect the user from social engineering attacks or spoofing attacks. For example, a hacker may impersonate a customer and gain company information by deceiving users. In such cases, firewalls usually do not work, and email monitoring software is more efficient.

Also, firewalls do not always prevent malware, viruses, and worms from entering. For this purpose, anti-virus programs should also be used so that if the malware can pass through the firewall, the anti-virus software can deal with it. But even with these measures, network security cannot be fully guaranteed. So network users should increase their knowledge in the field of cybersecurity as much as possible because sometimes trained people are the best security barrier and people with little information are the biggest threat to their network.