What Is Docker And Why Is It So Popular

Docker is a service like VMware or KVM VPS service but with different technology.

These days, Docker talk is hot in tech circles and is likely to be heard around the corner from Docker’s definitions. So we’re going to look at what Docker is and why it’s gotten so popular.

A person named Solomon Hykes launched a mechanism called Docker. The goal was to make it easier to interact with Containers. The idea was successful, and in the year 2014 after Docker’s release of version 1.0, we saw its popularity increase.

As a result, companies have launched server-side applications instead of virtual machines in Docker’s platform. It is interesting to note that several large banks were assisted by the technology while Docker was still in version 1.0, which indicates Docker’s high security for the technology in the early version.

Nowadays Docker and Moby, known as the Docker Overhead Collection, have attracted a large audience.

This has led to big names such as Red Hat, Canonical, Oracle, and Microsoft becoming more interested in using Docker, and now almost all of the big ones in the cloud are using Docker.

What Is A Docker Exactly?

Docker provides the ability to run processes and software separately in a completely isolated environment on the Linux kernel, which is called the container and the isolated package.

Container enables application developers to integrate an application with all its modules and related components (such as libraries, functions, etc.) into one package to generate that application in different platforms, and systems run smoothly.

In fact, without having to worry about the settings and dependencies of a particular application on other platforms, you can run that application in any environment.

Different VMs need to be built, which brings with it the burden of processing and wasting system resources on the server.

But in Docker, a Docker module is installed on a particular VM that can be running Windows or Linux, and then Docker services install and run different containers containing different applications without the containers accessing one another. As such, the containers are isolated, eliminating the need for multiple VMs.

If you are familiar with virtualization, you must know that mechanisms such as Hyper-V, VMware, KVM, and Xen make virtualization available to network administrators to create Windows or Linux VPS. As a result, these mechanisms require strong hardware resources.

Containers, on the other hand, use shared operating systems. As a result, we are more efficient at using the resources of the system more efficiently. Unlike hardware virtualization, containers are mounted on top of a Linux Instance, providing a compact space for applications.

Thanks to this feature, something about 2 to 5 times more instances of Xen or KVM VM technology runs on a single hardware. Containers, on the other hand, help developers put their code in a shared repository. This speeds up the coding process and makes the code work better.

Docker enables developers to easily and quickly port their applications to a smaller, portable container. These applications can be run virtually anywhere.

This process is accomplished by separating the code into a single container. It is clear that doing so will make it easier to optimize and update the application. As tech-savvy companies look for more ways to build portable apps, Docker is finding new fans.

In the meantime, if you are familiar with GitHub, you are well aware that this platform has provided the conditions for collaborating on code sharing among developers. In this sense, Docker is a bit like a gateway because the official gateway repository helps businesses to optimize and run their software.

Docker containers, on the other hand, are conveniently located in the cloud computing space, designed to interact with almost all applications using Dev/Ops (Development/Operations) methodology.

On the other hand, the project can be tested on several new and different servers, and all team members can collaborate on a single project with the same settings. This enables developers to quickly test new versions of their program to ensure it works properly.

If you are from the old world of computers, you are likely to remember the FreeBSD Jail that was used late in the year 2000. It is interesting to know that the container history goes back to the same period. Oracle also had its own concept of containers known as Zones.

With that in mind, developers can probably still get help from containers without even knowing it. For example, whenever you use a Google service like Gmail and Google Docs, a new container is actually created for you.

Docker mounts to LXC and, like other containers, has proprietary system files, storage, processors, RAM, and other resources. So the main difference between containers and VMs is that when Hypervisor abstractly creates an entire system, containers only abstract the operating system kernel.

This saves millions of dollars for computing services companies, which is why tech giants are rapidly moving towards Docker. 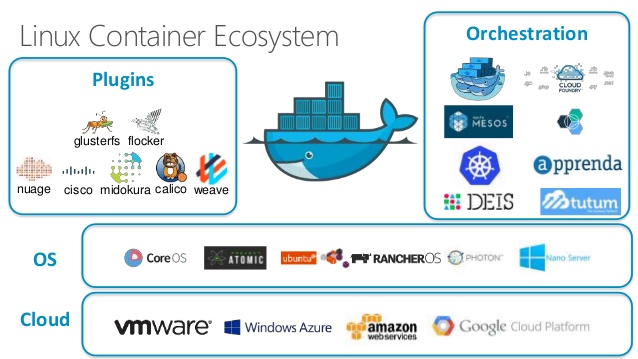 Docker provided companies with new tools we had never seen before. Simplification and implementation can be mentioned here. On the other hand, Docker is partnering with other containers from Canonical, Google, and Red Hat, and as a result, we see good standardization for containers.

Docker continues to standardize, and since it is virtually impossible to compete with Docker these days, it can be run on any operating system, resulting in good Docker standardization. 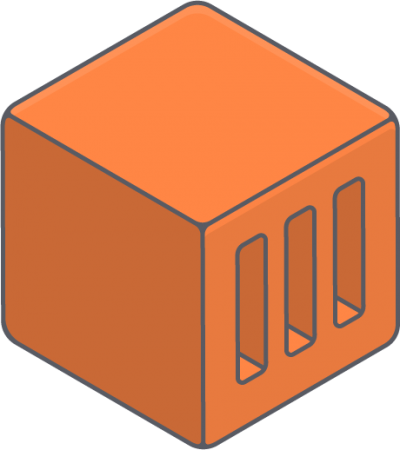 All IT infrastructures require management and monitoring, and containers must be monitored and controlled. Otherwise, it will not be clear what programs the server is running.

Fortunately, the Dev/Ops (Development/Operations) program can be used to monitor Docker containers, but it should also be noted that these programs are not optimized for containers. This is where you should look for cloud management and monitoring tools.

Tools like Docker Swarm, Kubernetes, and Mesosphere are good options in this regard, and experience has shown that Kubernetes has become more popular among these tools.

As noted above, Docker allows more applications to run on other hardware than other technologies with the same hardware, making it easier to build and manage applications.
In the end, we suggest that if you are also interested in new technologies and have already used Docker, share your helpful experiences with us and other users.

What Is OpenVPN & How Does OpenVPN Work?

How to use and install Nano Text Editor on Linux

How To Install Rocky Linux OS

How To Unzip Files Using Command On Linux?

How To Add Extra IPs On Windows VPS Server?