What Is Windows VPS Hosting?

Windows Virtual Server is created by virtualizers called KVM and SSI, which run through the Windows graphical user interface and are very popular because of their ease of use; In simpler terms: If a Windows operating system is installed on a server in the data center and Windows programs can be used in it, it is called a Windows virtual server.

VPS (Virtual Private Server) is a small part of a dedicated server divided by a virtualization platform.

VPS functionally is equivalent to a dedicated physical server that can be created and configured more efficiently for many purposes. VPS server hosting is priced much lower than a dedicated server and is more suitable for small to medium businesses.

Each part/VM(Virtual Machine) has entirely dedicated resources and different operating systems which can be used for various purposes! You won’t have to worry about maintaining the central server!

For those looking for the best option to run their business website, buying a Windows VPS is recommended because the reliability and flexibility of Windows Server make it a reasonable choice. Also, Windows Server allows the user to work in any field of the web by providing sub-features.

Note that: Windows is one of the good choices, too; always remember that It’s all up to your needs, But it is better to use Linux VPS in Webhosting or business website field, i.e., your priority in this field is Linux VPS.

Below you can see some applications of this type of server:

Note: It’s better to take a closer look at any Windows VPS applications If you are using Windows Server.

Examine The Pros And Cons Of A Windows VPS

1) The two main advantages of a Windows virtual server

High-speed upload and download access, low cost, and powerful memory on the Windows server can be among the most critical reasons for using the Windows virtual server.

Another advantage of Windows Server is its user-friendliness; it has benefited from the Windows graphical environment that most people are more familiar with this type of operating system.

By purchasing Windows virtual servers, you will have more RAM capacity, hard disk space, and processor, and you can safely allocate your resources to the program to run more software and cover more traffic.

2) The main disadvantages of a Windows virtual server

Like Linux Server, Windows Server is more expensive than shared hosting and can be considered a disadvantage over shared hosting; But in terms of security, it’s a little different, and Windows Server, like Linux Server, is not very secure; However, it should be noted that the security of Windows servers has increased instability and well compared to several years ago, which has been optimized.

It is the “cloud operating system” due to Microsoft’s attention to cloud features in this version of Windows Server.

In this version, we will have newer features than previous versions; Including:

This version of Windows Server, like the previous versions, has been released in 4 versions.

Several new features have been added to this version to bring Microsoft closer to the cloud; Microsoft introduced the NanoServer, a more secure server, to reduce attack vectors.

In addition to connecting to Azure, Windows Server 2019 adds more levels of protection to enable you to build dynamic, new applications and infrastructure.

Interestingly, Windows Server 2019 was introduced on March 20, 2018, and its preview was available to developers on the same day but was not available to the public until October 2, 2018.

Windows 10 on a virtual server is suitable for those who want the features of a standard Windows and want to use it to install applications, web browsing, and even more advanced site setup. Still, if you’re going to use the server professionally and use features such as DHCP, Windows Virtual Server is a better option.

A Windows 10 VPS is not suitable for hosting a website or a web application. Instead, it may be a better option for project-oriented and ancillary work.

1) Use unknown ports for different services

2) Activate the firewall in Windows Server

Remember to permanently change the password of your original email to which the server password and username are sent; The person in question can easily access your server by accessing your email.

In the continuation of the article, we will summarize some of the 11 basic methods to increase the security of the Windows virtual server for you, dear users; by observing these points, you can use your virtual server without any worries:

Naturally, if you have more software on your server, you will have more attacks. It will take time to control these attacks, So to reduce security risk, it is better to install the original and required software.

Having passwords can be a win-win situation for you; Do not take risks and use letters, numbers, and any combination.

To prevent brute force attacks, that is necessary to use different ports to enter the virtual server, So be sure to close the main input port to the server and change it to another number.

4- Using Antivirus Such As CXS Or ClamAV

It is essential to use antivirus software to prevent malware from entering the server and infecting it. 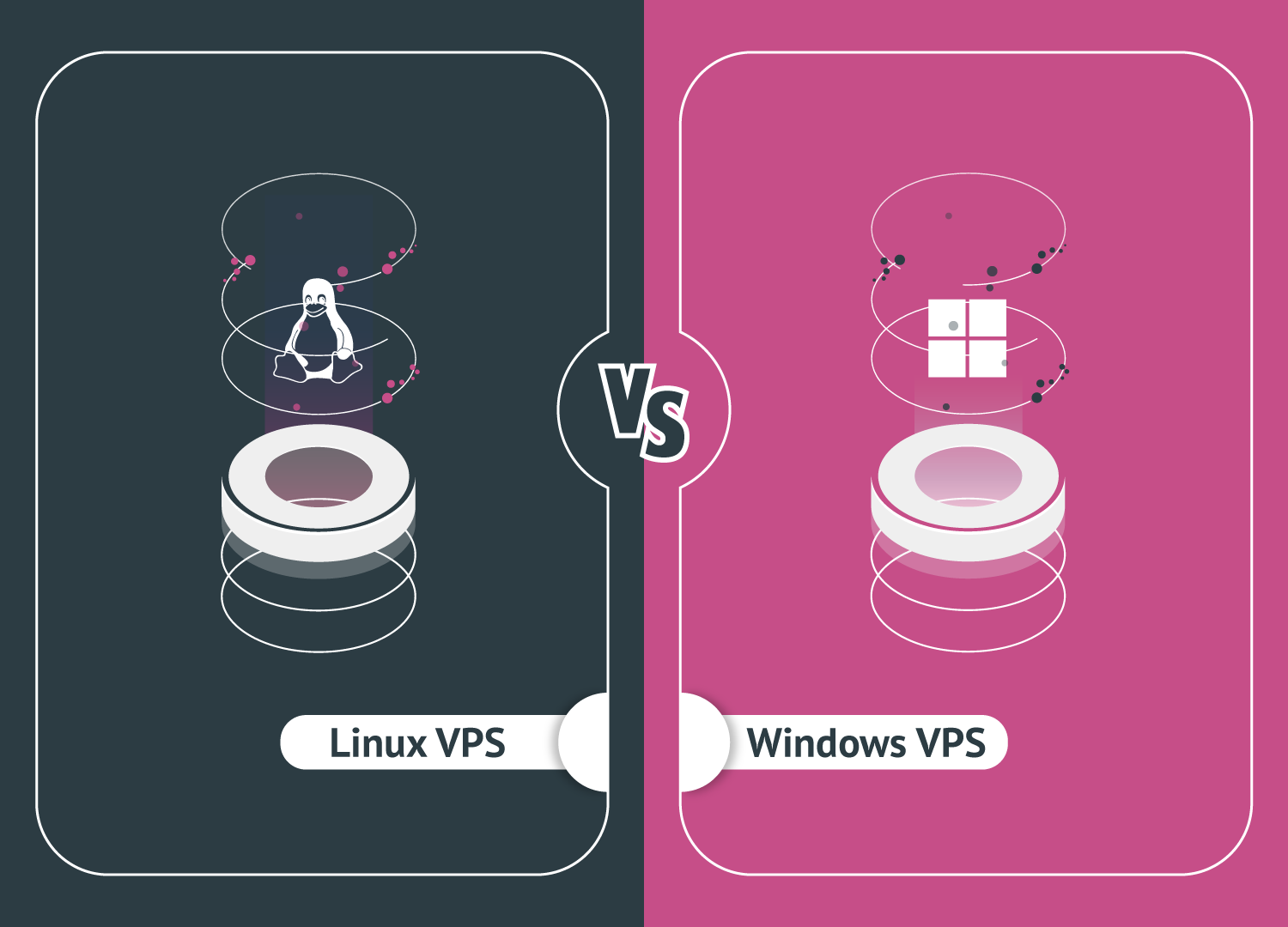 The only specific and critical differences that can be noted between Linux and Windows servers is the issue of security and flexibility; in both cases, Linux is a better option for you; in other cases, for example, ease of use, performance, and Or control panel; You have to decide according to your needs and interests.

Note: If you can not decide which Linux VPS is better for you or windows VPS? You can read an article entitled: Should I Use Linux VPS Or Windows VPS; From OperaVPS.

Let’s consider only the three main security, stability, and lightness factors. The Linux virtual server will be a more economical choice for you at this step; also, considering that approximately 65% ​​of the websites currently use Linux, the virtual server Linux will be your number one priority, unless you have chosen Windows Virtual Server for other reasons.

If you are looking for a good solution for web hosting, it is recommended that you use a Linux VPS; Remember, that’s not mean a Windows VPS isn’t a good option.

#1 Is Windows Virtual Server the right choice for me? How should I know?

To find out if Windows Virtual Server is useful for you, you need to validate your needs; In this article, the main applications of a virtual server are presented, the most important of which is web server hosting.

#2 What criteria should be considered for choosing a virtual server?

The most important criterion for choosing a virtual server is usually its geographical location; You need to see exactly where the data center of your choice is located and then proceed to purchase the service.

#3 Can I manage my Windows Virtual Server on my own?

Having knowledge, expertise, and experience in this regard is very important. So if you have no idea how to manage virtual servers, it is better to get help from an expert.