What is L2TP VPN Protocol?

Your privacy comes first! L2TP VPN Protocol is the abbreviation of Layer Two Tunneling Protocol. ISPs use L2TP as an extension of the Point-to-point Protocol to enable and support VPNs. It is implemented along with the IPSec tunneling protocol to secure the connection stronger since L2TP is not that perfect alone. So, confidentiality and encryption for VPN functionality will be provided. IPsec helps create a secure channel that encapsulates L2TP traffic.

VPN protocols are like tunnels that add a layer of protection around your sent and received data. Since L2TP does not encrypt your content, to transit your data safely to its destination, L2TP needs an encryption protocol to pass within the tunnel. In this article, you will learn what L2TP VPN Protocol is and what it is used for. To keep your connections secure and fast, buying Linux VPS or Mikrotik VPS services is a good idea. It also enables you to configure your own VPN service.

What is L2TP VPN Protocol? All you need to know

In 1999/2000 Layer Two Tunneling Protocol was published as the RFC 2661 protocol and was developed by Microsoft and Cisco. It was also created to replace PTPP. L2TP is used to offer tunneling capabilities. The data transportation is safe because it gathers the content of users to send it over the public network privately. It is easy to implement L2TP and access so much support information available for it online.

L2TP merges the best features of Point-to-Point Tunneling (PPTP) and Layer 2 Forwarding (L2F) protocols. LAC and LNC are the two core components that L2TP is composed of them. As L2TP is almost an old VPN protocol, it is not used like in the past. It even no longer supports NordVPN. 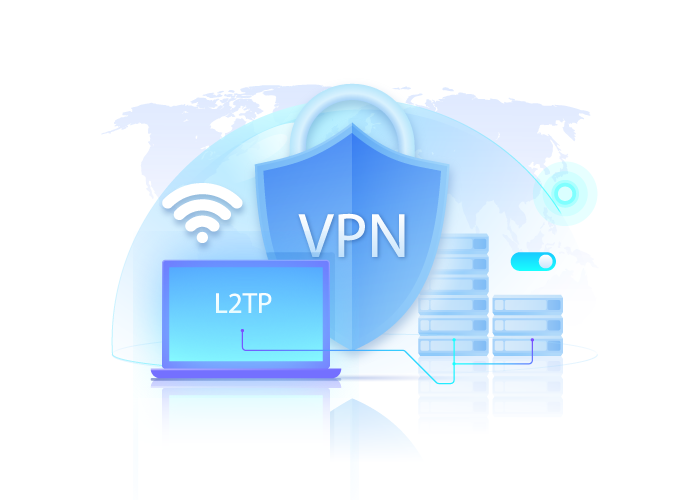 Knowing different protocols of VPN, helps you increase your knowledge about VPN protocols.

The data Line layer is called L2 and the Network layer is called L3. L2 and L3 refer to the second and third levels in a seven-layer OSI model. Via an IP network or L3 network, L2TP allows for tunneling L2 traffic. When the connection between the L2TP Access Concentrator and the L2TP Network Server is established the L2TP tunnel will be created. So, to be sent over the internet, a PPP link layer is enabled and encapsulated. At this point, the end-user establishes the PPP connection with the ISP, and it will be up and running when the LAC accepts the connection.

To start the passage of link frames through the tunnel, a virtual PPP interface is there. Then, the task of LNS is to accept the frames, remove their encapsulation, and process them further as regular frames.

L2TP secures the data payload by being paired up with IPSec. Also, it can use encryption keys of up to 256-bit and the 3DES algorithm when it is paired with IPSec. After pairing with IPSec, L2TP uses UDP ports 500 +, 4500, and 1701. But before paring, it uses TCP port 1701 normally. 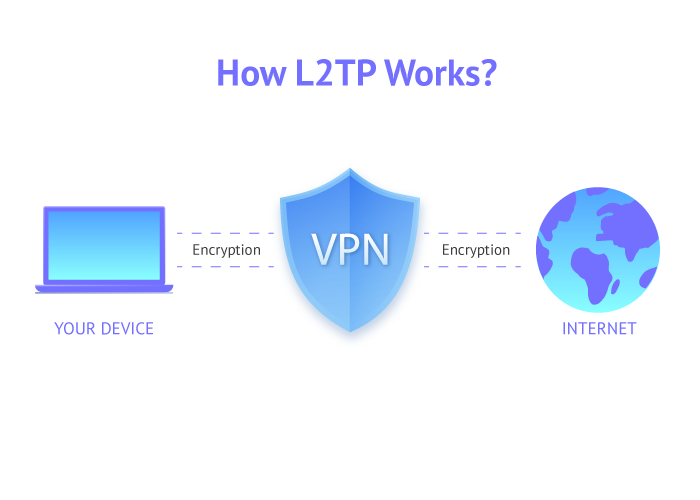 What is L2TP used for?

L2TP is a very popular VPN protocol that is accessed by most VPN providers. You did read what is L2TP and how it works. Stay with us on this part of this guide to see what is it used for and why you need L2TP.

Since IPSs use the protocol to tunnel the user’s data from their premises to a provider’s IP network, L2TP provides delivery services for ISPs. L2TP is also applied as a configuration protocol for VPN services to support them. Once you become a client of L2tP, you will be able to use it to connect to a remote LAN server because L2TP is capable to establish tunnels. So, to connect to a remote local area network L2TP is a good choice to help you access LAN from any location.

If you need to work with a VPN protocol that is reliable, stable, compatible, configurable, and protective from man-in-the-middle attacks, L2TP is what you want. If you have purchased a Mikrotik VPS, you can setup L2TP VPN server on it and use all the mentioned features.

The connection of L2TP has to access the web through a router generally. So, its traffic needs to pass through the router in order for the connection to work. To enable or disable L2TP traffic on the L2TP Passthrough, you need it as a router feature. While Nat does not work well with L2TP, enabling L2TP Passthrough on your router, allows L2TP to solve this issue.

L2TP works on multiple platforms and supports Windows and macOS OSs and devices. It is preinstalled on these systems. Here are some of the most important features of L2TP For a manual or automated connection setting, only a few easy steps are required.

L2TP is one of the most secure VPN Protocols. Using L2TP helps you to prevent data from being altered while moving between sender and receiver. In this way, L2TP encrypts the authentication process to make it more difficult for someone to interfere. To provide a secure connection, L2TP works with AES and 3DES encryption algorithms.

If you care about security more than speed when choosing VPN, L2TP is a good option for you since is easier and faster to set up with most firewalls because of UDP encapsulating data.

L2TP/IPSec is capable to provide a regular non-encrypted connection speed to the server. But it depends on its server configuration. For example, it can provide 100 Mbps broadband or come close.

L2TP is flexible, lightweight, and adaptable to various encryption protocols.

You do not need to make expensive hardware investments to support an L2TP deployment on your network. L2TP is widely supported on platforms. Mobile devices, Linux, or BSD platforms can be your target easily.

Pairing up L2TP with IPSec
As you know, L2TP comes with no authentication or encryption. But, IPsec is a very flexible tunneling protocol for end-to-end security. So, this lack is the reason for pairing L2TP with IPSec to help it provide encryption of user and control packets within the L2TP tunnel. L2TP also employs IPSec for extra security.

To avoid NAT firewall stopping L2TP traffic, L2TP Passthrough is needed. So, attention to setting L2TP correctly to not let the NAT firewall block it easily. Let’s check what are the most annoying cons of L2TP.

The reason that L2TP is always paired up with IPSec is that L2TP encryption does not really exist on it. So, you are not recommended to use only the L2TP protocol when you are online. While L2TP/IPSec is a safe VPN protocol, if you have very sensitive information, it is better to use a more secure protocol. Also, make sure you use a reliable and no-log VPN provider.

You can achieve fast speed with L2TP, but you need to know that it is on its own unsafe because that speed causes having no means of encryption or authentication. It is also slower than IPSec IKEv2 because of its double encapsulation.

It is said that due to leaks, the NSA and FBI have weakened or cracked this protocol with backdoors, side-channel keys, or zero-day exploits. So, you need to consider that L2TP might be compromised.

L2TP is not reliable as a way to circumvent network restrictions since it struggles to bypass firewalls.

A Review of L2TP Alternatives

Let’s check for a comparison between L2TP VPN Protocol and other VPN Protocols to find out its strengths and weaknesses.

It is really easy to set up L2TP VPN Protocol. If you are using it on Windows or macOS devices, you just need to go into your Network Setting and pass a few steps to establish and configure the L2TP connection. And when using the L2TP/IPSec VPN protocol, you need to change a few options to select the IPSec encryption.

But if you wish to set it up on any device which does not support L2TP and L2TP/IPSec, you need to do it manually. There are a few extra steps you must follow, but it would not be time assuming or required advanced knowledge.

How L2TP is different with PPTP?

L2TP is capable of using so much tunnel media, but PPTP can only tunnel over IP networks. While compressed L2TP headers are 4 bytes, this number is 6 bytes for PPTP.

What VPNs offer the L2TP protocol?

ExpressVPN, PrivateVPN, and PIA are the top 3 VPNs Offering the L2TP Protocol.

In this article, you learned about L2TP VPN Protocol and reviewed What is it used for. Now, you know how it works and what are the pros and cons of the L2TP VPN Protocol. The important options of Security, Speed, and Compromise were discussed to help you consider your priorities and needs to choose VPN. Windows and Mac Operating Systems provide support for L2TP. So, it is a widely accessible VPN protocol that is offered by various VPN services.

Share your experience with us if you have used L2TP VPN Protocol or even if you have migrated to one of its alternatives recently.