CentOS or Ubuntu: Which One is better? 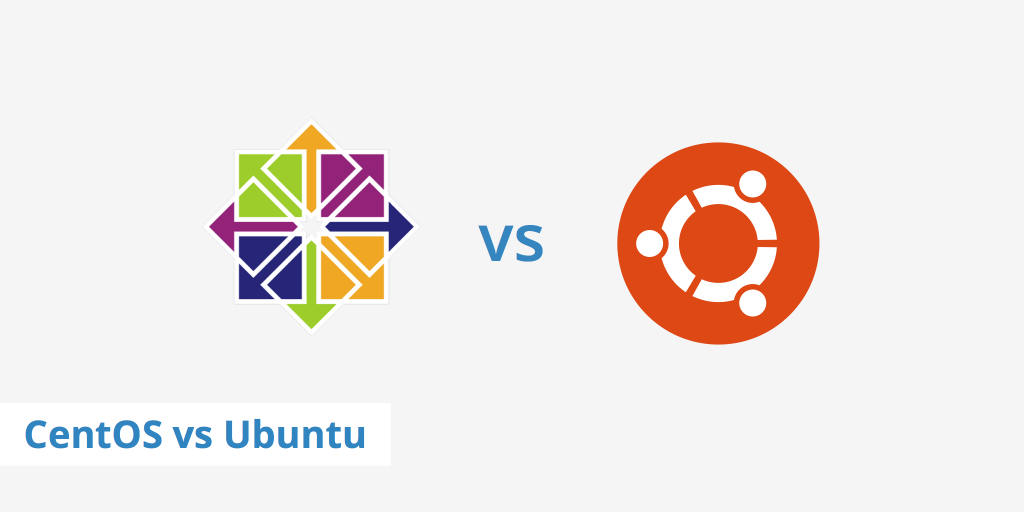 In this comparison between CentOS and Ubuntu, we will look at the key features of the two popular Linux distributions, which will help you choose the right operating system for your virtual server. Choosing an operating system for the server can be complicated because of the large list of features available, especially when it comes to Linux distributions, but none are as popular as CentOS or Ubuntu. It does not matter if you are a professional or a novice, you usually have to choose between two options, and we must say that the choice is not straightforward and simple.

In this article, we are going to compare CentOS and Ubuntu to know which one to set up a server. In the end, you will be able to find which one suits your needs due to your priorities to work on your server. The next step is to purchase a Linux VPS to experience your winner distribution.
Before starting an accurate comparison, we want to have a simple comparison between two equal competitors.

CentOS is an open-source Linux distribution, widely regarded as a copy of the original Red Hat Enterprise Linux, widely used in organizations in the IT world. CentOS is an enterprise-class operating system developed by Red Hat. Founded in 2004 by Linux Red Hat Enterprise and supported by the CentOS community. CentOS is one of the best Linux distributions. Completely similar to RHEL, it will give you full development capabilities. The CentOS is highly customizable, secure, and enduring. These are things we should appreciate! Near RHEL, it receives complete updates from Red Hat at the organizational level, which makes it a safe choice. Scroll its Community and Documentation on the CentOS website to learn about this distro. 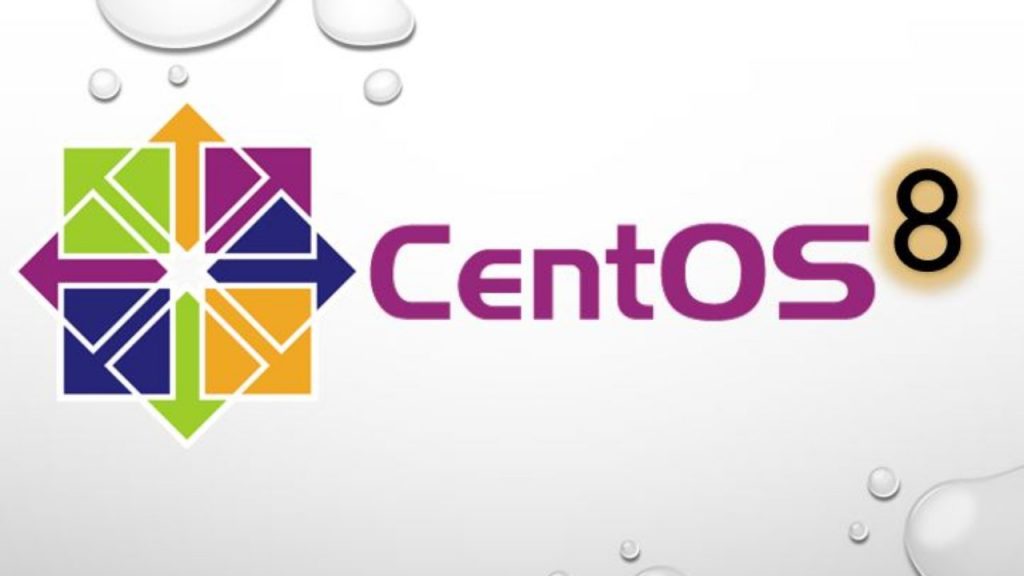 Developed based on Debian architecture, Ubuntu has been one of the most popular choices for professional and personal use since its inception in 2004. Ubuntu is open-source and receives regular, fast updates to fix known bugs. Ubuntu with numerous software packages and capabilities has made it one of the best options for any project. With many Ubuntu APPs available in the Software Center with over 40,000 applications, this operating system is a great option for customization with high-security features. Have a look at Ubuntu’s main website in case if being interested to browse more. 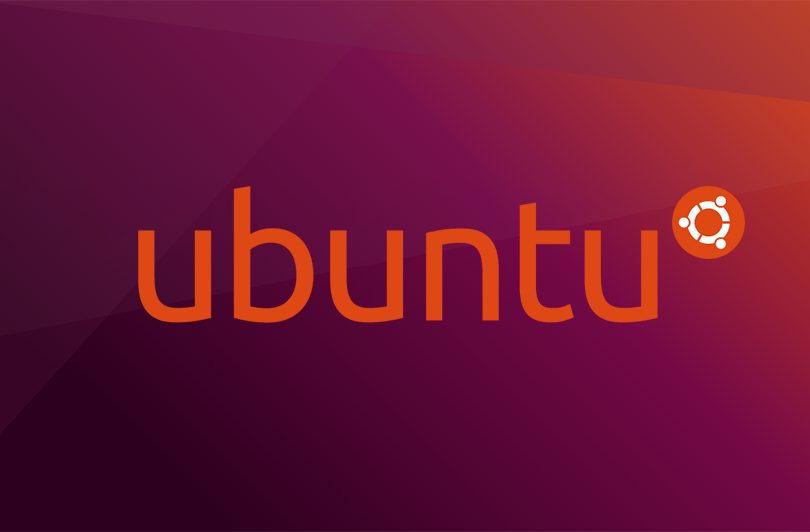 7 Key Differences between CentOS and Ubuntu

Comparing all the main structure and features of CentOS and Ubuntu help to concentrate on the differences to lead us to make the best choice. Let’s review the 7 key differences below.

The architecture of CentOS is based on Red Hat’s source code, and it is available free of charge. Since Ubuntu packages are created in the Debian format, this package draws the basic architectural framework of Ubuntu in accordance with the continuous improvement of the same.

Both CentOS and Ubuntu are free. But support is an extra service that is not always free of charge. CentOS has not any official support, but you can find third parties that support CentOS, such as OpenLogic. It also provides a good amount of Community Support. Ubuntu is backed by Canonical and to use it the support contracts must be purchased. Large and extensive community support is available for the cloud deployments of Ubuntu.

As it is clear, Ubuntu is superior to CentOS from point of support.

It is fair to say learning CentOS is a little bit harder than Ubuntu depending on the fact that CentOS is based on Red Hat Linux. As you know, it has a small community and less available documentation.

CentOS is based on the Linux framework and is much more secure. Infrequent updates to CentOS Linux typically include security and bug patches for all major releases. After its first release, each major version is supported for ten years (based on the RHEL schedule). This is a result of each release’s thorough testing. Every six months, Ubuntu receives updates. A version receives five years of support. As a result, the software is typically more recent, with newer software being less stable and reliable.

A lot of servers on the internet use CentOS Linux. Even Amazon’s Linux (Amazon Linux 1 and 2), which serves as the foundation for the majority of its cloud offerings, is based on CentOS/RHEL. For desktops, Ubuntu is more frequently used.

Since CentOS and Ubuntu are both Linux distributions, their fundamentals are largely the same. But, there are variations among management tools. For instance, the same tools, such as ip, ifconfig, etc., are used to manipulate network interfaces. To make maintaining those interfaces simpler, both distributions have produced assistance programs. However, the distributions differ in terms of those particular tools. Therefore, certain distribution-specific knowledge exists that is difficult to transmit between the two.

For Ubuntu or CentOS/RHEL, some vendors might only offer a package. This could affect one’s decision regarding the distribution method to utilize. Due to the ability to create containers using packages from one distribution and execute them on another, this may not be as much of a problem as it formerly was.

CentOS or Ubuntu for VPS

Discussing the best Linux distribution for VPS is another remarkable topic when you are comparing two of them. Ubuntu has a larger community-supported user base, an extensive accumulation of tutorials and documentation available, and, more frequent updates. Obviously, Ubuntu VPS is recommended if you are a beginner. Also, novices need to know that Ubuntu believes in using sudo initially as the main user and, disables the root user by default because of security. So, the user must be able to handle the running commands limitation and facing system harm.

As a result, if you are new to Linux hosting, CentOS would not be offered since it presents a complex learning curve. CentOS is more secure and stable for users who run a business. Additionally, CentOS provides support for cPanel while Ubuntu does not. However, finding which one is better for web servers, requires reading more.

When it comes to the way CentOS and Ubuntu are utilized for each OS, you have to consider the size of your business and, your technical knowledge. For small firms with users new to hosting, Ubuntu is a perfect choice. The online forums, tutorials, and numerous resources make it a safe option to begin.

Anyway, both CentOS and Ubuntu come with their own pros and cons. So, in the end, this is you who must select a distribution that meets all your business requirements, needs, and priorities.

CentOS Or Ubuntu Which Is Better For Beginners?

The answer to this question will depend on your needs and previous experiences with and working with Linux distributions, but Ubuntu is generally a better choice for beginners. This is mainly due to the following two reasons. Ubuntu Distribution has a very large and active community that now covers and helps beginners for free. There are thousands of users in online forums who have already used Ubuntu.

You can find a lot of tutorials about Ubuntu. Linux VPS with Ubuntu is easier to use for people who have already used the desktop version of this distribution. The same is true of CentOS and Fedora, but the desktop version of Ubuntu is much more popular than other Linux distributions for home users. So if you are a beginner in the field of Linux distributions and do not have special needs, it is better to use an Ubuntu server.

CentOS Or Ubuntu Which Is Better For Business?

Well, again the answer to this question depends on your needs. You can use Ubuntu for your company’s site or internal server, but CentOS has more advantages than Ubuntu in this regard. Some of these benefits include: CentOS is very stable and safe because there are few updates compared to Ubuntu. This means the software can be used for a longer period of time and only the secure versions that are released can be used.

If you use a CentOS server, you will not have any problems with the release of new versions of applications that have bugs or issues. Most popular control panels, such as cPanel or Direct-admin, introduce CentOS as the primary operating system for their platform and the main recommended platform for installation. So if you have a hosting company, or you want to work as a web design company with multiple clients, it is better to use CentOS for your virtual server or dedicated server.

CentOS Or Ubuntu Which Is Faster?

It will depend on the hardware you use, but both the Linux distributions of CentOS and Ubuntu, have almost the same performance in terms of speed.

What if considering Debian? What is the exact answer of centos vs ubuntu vs Debian?

If we do not consider personal opinion, there is no ''best Linux distro'' But:

If you are a beginner, Ubuntu is better for you to set it up easily.
If you are professional, Debian is perfect to have full control.
If you are running your own business, CentOS suits your needs.

Compared to Debian and CentOS, Ubuntu releases are less stable because of the shorter release cycles. Ubuntu is less suitable to corporations that value low-risk releases since stability is sacrificed for quicker releases, but it is more suited to individual users who desire more up-to-date packages.

In the final conclusion, if you are a professional and if you are familiar with both operating systems, the choice will completely depend on your project and requirements. But if you are a beginner, and you don’t know to choose which operating system, you can use each of them to become familiar with each. I hope you have enjoyed this post, and you have found your answers. Please do not hesitate to share your opinions with us regarding this article.

Hi Harry, I enjoyed reading your views on both OSs, but though you mentioned that Ubuntu has a desktop version as well as a server one, you neglected to mention that CentOS stream has also being released in that camp. To quote them. . . CentOS Stream will be a rolling-release Linux distro that exists as a midstream between the upstream development in Fedora Linux and the downstream development for Red Hat Enterprise Linux (RHEL). It is a cleared-path to contributing into future minor releases of RHEL while interacting with Red Hat and other open source developers. This pairs nicely with the existing contribution path in Fedora for future major releases of RHEL.I do know that to a newbie this might be confusing, but thought I would mention it anyway. Loved your article and thank you for keeping the community informed.

Hi, dear Zyrac,Thank you for sharing your opinion with us and it is an honor for us that you have enjoyed this article. I agree with you. According to the decision we have made, the content of the website will be updated in each time period and tips related to CentOS Stream which is important will be added to this content when it is updated. Thanks again for sharing your helpful comment with us and helping to improve the community knowledge.Regards,