Fortunately, with the advancement of technology, several users can connect to a single Linux system and perform their tasks using the information available in that system. This feature has played an important role in the efficiency, and speed of carrying out projects and administrative tasks; but on the other hand, security has been weakened by the access of several users to a single system, that Usually, the system manager undertakes the task of improving and maintaining the security of the system.

In order to perform this vital task, in addition to identifying users who have permission to access the system, Linux system administrators can block user access to certain sections or delete the user and create a new user with new privileges to connect to the Linux system.

One of the solutions to protect the privacy of users who will have access to a single Linux system is to list Linux users, which is also effective in increasing security. Sometimes the Linux system administrator makes changes in the privileges of users to access and control the system. In this way, the administrator can extend or specify a privilege for a user who is in charge of a specific task, and also, can violate the privilege of another user in accessing the system. in this way, the administrator can control the access of users and improve security.

Therefore, administrators use various methods to increase the privacy security of users who connect to a Linux system, and listing Linux users through the command line is one of the most effective methods. You can use this feature in the graphical user interface or the terminal environment according to the operating system you have. In this tutorial, we describe how to list Linux users in the command line in several ways. So follow us until the end of the article.

There are two types of users in Linux systems: regular users and system users.

System users: Some users are created by the system to run processes that need to run in the background. These users are non-interactive and do not need to communicate with other users to perform their tasks. For example, the root user who has administrative permissions is known as the system user.

Normal users: are human users that the root user has created by granting the necessary permissions. Normal users have a home directory and a login shell to store their files.

We will guide you through different commands to list the users connected to a Linux system, in this tutorial we will use the following commands:

First, enter the terminal environment of your Linux system and execute the “cat” command to access comprehensive information about passwords and usernames stored in the /etc/passwd file.

By executing this command, you will get a list of passwords and usernames along with complete information. 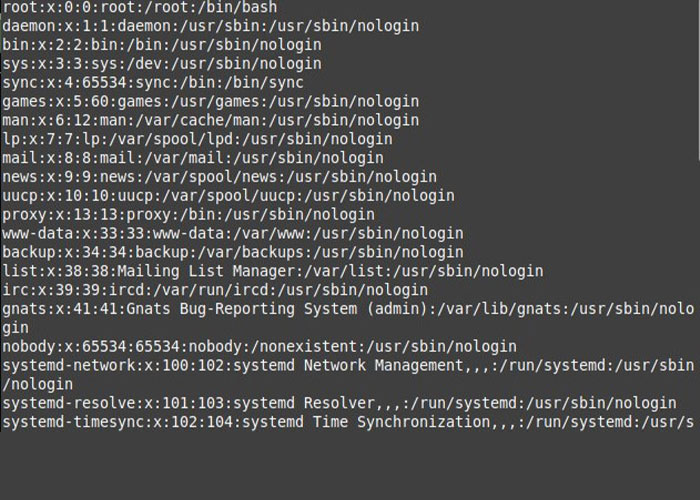 You can use the following command to view the number of users:

In this method, the “awk” command displays usernames without additional explanations and more details. This command is useful for administrators who do not need more information about users that is provided in the output of the “cat” command. The syntax of the “awk” asks for the first field in each output line in the /etc/passwd file because the data fields in the /etc/passwd file are separated from each other by the colon symbol.

Therefore, enter the terminal environment and run the following command to view usernames: 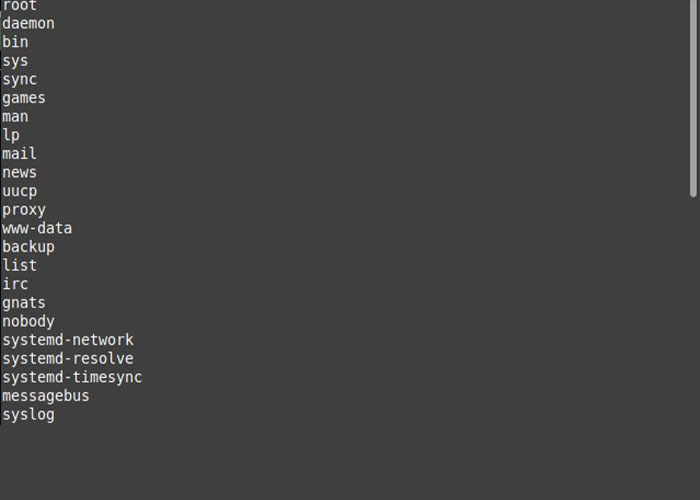 Also, the following command to view the results page by page can be useful for better management:

The third method: using the “compgen” command to list users

The output of this command is the same as the “awk” command, and you can access only the usernames stored in the /etc/passwd file by executing this command. Therefore, to view usernames, type the following command in the command line:

If you want to use the less command to review the contents of the /etc/passwd file, you must enter the following command:

The output will contain the first page of the file, which you can navigate in the file using the keyboard and view the available data.

The more command also displays the same result as the command above, but this command has more limitations in functions:

Enter the following command to list the information in the passwd database: 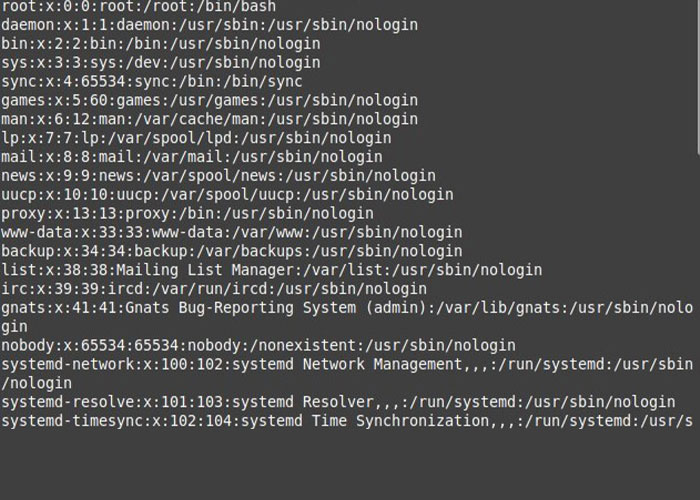 The “getent” command can also help you find specific users. For this purpose, type the following command:

The display of the corresponding passwd input line command indicates the existence of the desired user.

Also, in the passwd database, you can search for the UID by executing the getent command:

In the output, the user input with the specified UID is displayed.

If you want to search for users in a specific range using the getent command, enter the following command:

The output of the above command displays the users with UIDs that are in our defined range.

As we introduced you to the types of Linux system users at the beginning of the article, you know that normal and system users each have their unique UID so that you can distinguish them from each other.

The UID of system users is in the range of 0 (root user) to 999 and from 1000 onwards belongs to normal users and new users are given the smallest UID that has not been used yet.

If you want to access the /etc/login.defs file to check the UID range of normal users, enter the grep command:

With the help of the output of the above command, you can find out the UID range for a normal user because it displays the smallest and largest UID that a normal user can get.

How to access the last commands executed by the user?

The history command is used to access the last executed commands. Also, by referring to the bash_history section in your Home Folder, you can see almost 500 commands that you just executed

What command should we use to view the users who are logged into the system?

The who command provides all the information of the users who are logged in and are performing operations.

Where can the information of other users and their IDs be accessed?

The information of all system users is stored in the "/etc/passwd" file. This information includes the user's name, UID, group ID (GID), the user's main directory, and the user's shell.

In this tutorial, we have provided several methods to list Linux users in the command line so that you can use them according to your needs. Some methods, in addition to listing the users of the Linux system, provide more information that facilitates the task of administrators.

we hope this tutorial has been useful for listing Linux system users as well as searching for them for more efficient management. If you encounter any problem in any section, let us know in the comments section.

Thank you very much for choosing our article to read.