This word automatically prepares all the answers for us. You must have heard that security is never 100%, this is absolutely true. The world of Linux is very large and your server may be attacked in different ways at any time. So let’s take measures to increase our CentOS Linux VPS security by following the steps mentioned in this thread.

In this step, we will explain all the requirements for you. All you need to do the following is to have a little knowledge about Linux systems as well as a little patience!

A rootkit is considered by many security experts to be the most dangerous type of malware. In fact, rootkits are a type of malware that has the ability to hide at the core of the operating system, and sometimes no one can find them, even antivirus. Interestingly, some rootkits hide in antivirus software, and this the way how they put your CentOS Linux VPS security in danger.

Rootkits put themselves at the highest level of user access after being placed in the operating system, or in Linux and Unix terms, in the Root Access or Super User layer, and sometimes that is why they put the name Rootkit on themselves. They can be used by many hackers for many purposes. A hacker can use a remote rootkit to have full and high-level access to your system and can install other malware he needs through the same rootkit.

CentOS protection is just like all other Linux distributions. Almost everyone, especially hackers, is well aware that the default port for the SSH protocol is 22. By changing this port, you can make the work of hackers a little harder so that they can plan an attack on this port and put your CentOS Linux VPS security in danger. To do this, open the SSH file with one of your editors, such as Nano or VIM.

Note: Before making changes, be sure to list the new port that you want to set, in the firewall whitelist to avoid any problems.

Then change 22 to your desired port and save the file. Also, after doing this, restart the SSH service once to apply the changes.

cPHulk is a tool that protects your server against brute force attacks. Brute force is a method that hackers use to find the password of a service or web server. cPHulk acts as a secondary antivirus or firewall in the Control Panel and protects your user accounts.

Which Service Do cPHulk  Monitor?

CPHulk can also automatically block or lock the following:

Which Methods Do cPHulk  Block?

Disabling the root user is one of the actions of server administrators in order to increase CentOS Linux VPS security. The root user has unlimited access to the operating system. This user has access to all commands and files in the system to read, write, and execute. The root user is used to build and define a new user, install and delete software packages, and configure operating systems and software. Due to this level of user access, it is better to disable this user due to security issues. Instead, create an admin user and use the sudo command when needed for root access.

Note: Before disabling the root user, create a user first.

Port scanning is the process of checking open ports on a victim computer. In fact, by ordering to check the open ports, the victim’s computer is hacked, although important network ports for hacking are more popular today. In the port scanning process, the attacker connects to various TCP and UDP ports and tries to find a list of open ports that are in listen mode. This is just like a thief looking for the open doors of a house. The victim computer runs several services, each listening to a specific port.

One of the best tools for checking system ports is NMap. You should use this tool to check for open and unused ports, then block it using a server firewall.

6. Keep The Server Software Up To Date

Ignoring important security updates infects many websites every day. Because most software updates are released to users when a security bug is detected and then fixed. In this case, updates to new versions will be provided and your website will be protected from very likely damage. It is very clear that if these vulnerabilities are not covered by the provided updates, your website will still be at risk of being attacked and your CentOS Linux VPS security will be in danger by all kinds of malware. 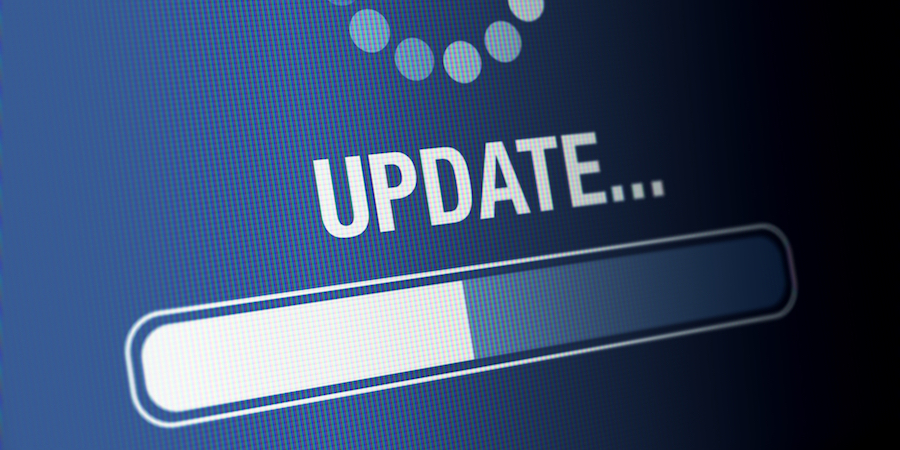 Let ‘s believe that these updates are not meant to make your life harder (though they may seem so!). Think for a moment about the stress and loss that will come to you when your website is hacked. So we need to take the latest updates very seriously.

What Updates We Should Never Ignore?

Any package or tool that you do not install and use, in addition to slowing down the server, can open new ports on the system and cause problems. Also, some programs may have vulnerabilities that can create new paths for hackers and compromise your server.

10. Install And Use Antivirus

There was a time when we believed that Linux users were not the target of cybercriminals. Most users thought that Linux was a system that was completely safe against malware and viruses, but this is not true. For years now, users have been asking this question that does Linux need an antivirus?

Why is Linux considered to be more secure than Windows?

Hackers target most Windows users. The problems that malware causes on the Windows operating system are greater than those on the Linux operating system, for several reasons.

Like Windows, CentOS Linux VPS security may be in danger with a variety of malware, including viruses, worms, rootkits, keyloggers, backdoors, trojans, ransomware, and more. But because these malware does not have enough access to root access, they can not infect the Linux operating system widely. However, to deal with these threats, Linux users also need security software such as antivirus. Linux users can use ClamAV anti-virus software on their systems.

Protecting information and keeping personal information confidential is not a secret to anyone. Choosing a secure password can play an important role in keeping you safe. But what features this secure password should have is something that needs to be explored. It must have occurred to you that you have forgotten your password or that you have resorted to very simple and trivial passwords to remember the password and for fear of forgetting it.

The truth is that you should never try to memorize a password because it will make you want to use a password that is simpler and this is dangerous. You will also want to use the same password for all your accounts. Instead of this, you can use a password manager, such as a LastPass.

How To Set A Strong Password To Increase CentOS Linux VPS Security?

12. Installing And Configuring A Firewall

Setting up and implementing a firewall is one of the most essential tasks for increasing CentOS Cheap Linux VPS security. A firewall is a system that protects your network or personal computer from intruders, unauthorized access, malicious traffic, and hacker attacks. Firewalls work by exchanging and routing packets between networks. They control and manage both incoming and outgoing traffic to the network and allow a specific person or user to enter and access a specific system according to the rules defined in them.

If you have CentOS operating system installed on your server, we recommend using the CSF firewall. Config Server Firewall, or CSF for short, is a free and advanced software firewall for most Linux distributions and Linux-based servers. In addition to the basic firewall and packet filtering capabilities, CSF includes other security features, such as countering flood attacks as well as logging restrictions. The CSF interface is also integrated into popular Linux control panels such as Cpanel, Directadmin, and Webmin.

It should be noted that the main purpose of creating computer networks is to provide users with access to resources and applications on the servers, and all network equipment is configured to this end. Lack of integrated and continuous monitoring of the health and resources of servers reduces the speed of access to information and programs, disruptions, and ultimately complaints and dissatisfaction of users and it creates significant financial losses for the organization.

One of the useful tools for server monitoring is the Zabbix tool. By Installing Zabbix 5.0 LTS on CentOS, you can guaranty your CentOS Linux VPS security by monitoring it.

Hackers are increasingly targeting websites that are bigger, more popular, and more visited. Increasing the security of the CentOS Linux VPS is important because you are using this service instead of shared hosting. This indicates that your application or site has high traffic or is progressing very fast. The same thing, while attracting more hackers to hack your website, it should also attract your attention to increase the security of your virtual server. Damage to your project and property is a disaster, an asset you may have struggled with for years. Preserving this asset is worth it to increase the security of your server by doing the above.

We hope you find this article useful and that you enjoy it. If you have any questions or problems, you can contact us.